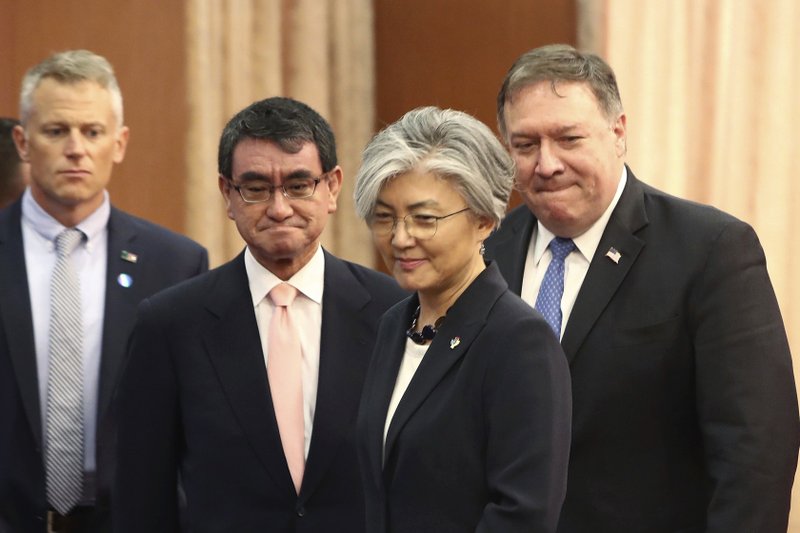 US Secretary of State Mike Pompeo on Thursday says there will be no sanctions relief for North Korea until it denuclearizes.

Pompeo is pushing back on a report from North Korean official state media that said President Donald Trump and Kim Jong-un had agreed to a “step-by-step” process. That was interpreted as meaning the US would grant concessions to North Korea concessions along the way despite longstanding US insistence that it would not.

Pompeo says Trump has been “incredibly clear” about the sequencing of the process.

Speaking alongside Japanese and South Korean foreign ministers in Seoul, Pompeo says that “we’re going to get denuclearization.” He says that “only then will there be relief from the sanctions.”