British Prime Minister Theresa May on Saturday ruled out the possibility of a second Brexit referendum, claiming that it would be "a gross betrayal of the British democracy". 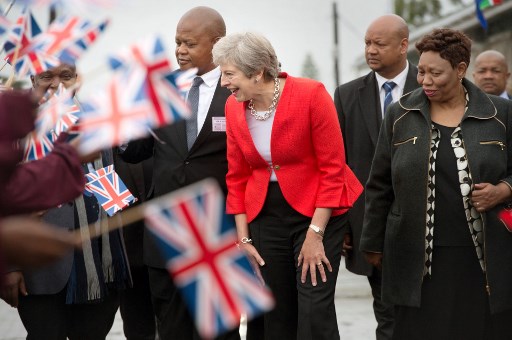 Her comments came as a signed article by May appeared on the Daily Telegraph website Saturday night.

"This government will fulfill the democratic decision of the British people by ensuring that the UK leaves the European Union on 29th March next year -- and that as we do so, we build a stronger, more meritocratic Britain that is fit for the future," she wrote in the article.

May said she is confident that her government can broker a "good deal for Britain".

She stressed that Britain will finally control its own borders.

Regarding the lengthy Brexit negotiations with Brussels, May said Britain will be ready for a no deal if it needs to be.

"I will not be pushed into accepting compromises on the Chequers proposals that are not in our national interest," the prime minister said.

"As we negotiate a bold new partnership with the European Union, we will continue vital work at home to build an economy that works for everyone," she said in the article.

Top image: Britain's Prime Minister Theresa May (C) is greeted by schoolchildren waving British and South African flags, during a visit to the ID Mkhize Secondary School in Gugulethu township, about 15 km from the centre of Cape Town, on August 28, 2018, as part of a three-nation visit to Africa in Cape Town where she is expected to discuss post-Brexit trade ties with the continent's most developed economy. (AFP)