No sight of French deal on pensions as unions hold out 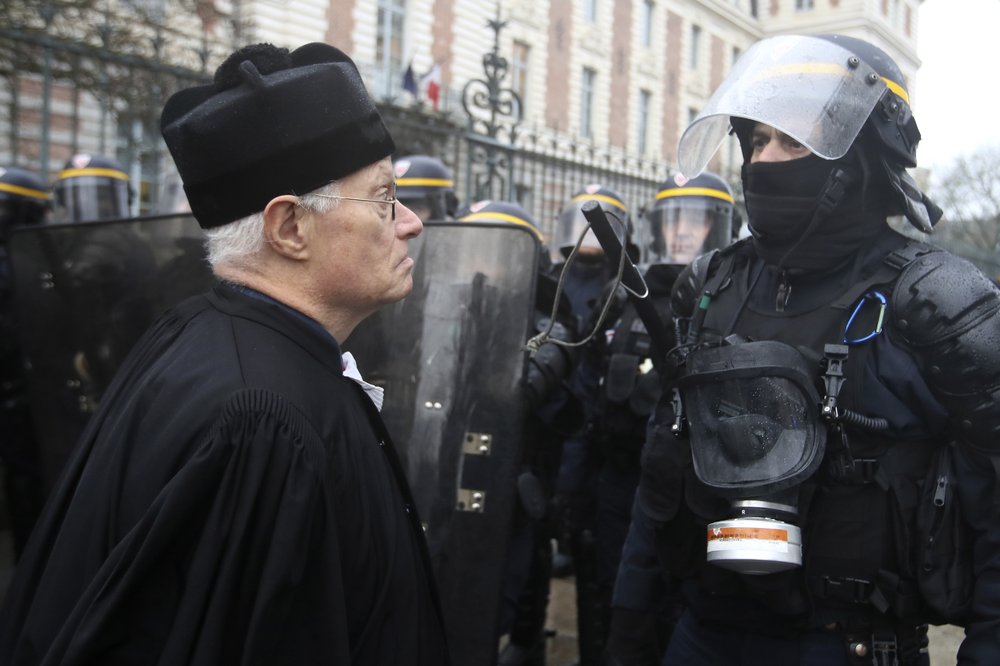 The French government and labor unions appeared far from reaching any compromise deal Friday in talks over a planned pension overhaul, with strikes and protests grinding on.

Prime Minister Edouard Philippe said Friday’s meetings with major unions and employers’ associations “made progress” but acknowledged there was “still work ahead” in ending the impasse that has seen France’s longest rail strike in decades.

The negotiations focused on two key issues: the retirement age and how to pay for the new pensions system.

But unions reject anything that doesn’t do away with the plan to raise the full pension eligibility age from 62 to 64.

Hundreds of thousands of protesters took to the streets nationwide on Thursday to denounce the government’s plans. Hard-left workers’ unions want the pensions overhaul plan to be scrapped entirely.

Philippe Martinez, the head of the CGT union, expressed his “disagreement” with the plan.

“The more the government and the ministers in charge of it try to explain their bill, the less the French understand it, which is a serious problem,” he said.

The prime minister still hopes to find some compromise with some of the more moderate unions, which in his view would weaken the protest movement.

But the head of the reformist CFDT union, Laurent Berger, dashed any hopes for a quick solution saying “we didn’t get the answers this evening.”

Philippe offered to pursue talks on the financing of the new pension system in the coming months.

Some unions are in favor of raising taxes on workers with high salaries to finance the new pension system. But employers’ organizations have said they are against that because it would harm the economy’s competitiveness.

French President Emmanuel Macron plans to formally present the bill on Jan. 24 ahead of a parliament debate to start in February.

The definitive vote on the reform is not expected before the summer, and the government says the plans can be modified until then.

New protests are planned for Saturday across the country and railway strikes are continuing, severely disrupting train traffic nationwide as well as the Paris metro system.