WORLD No winner to emerge in trade war: Malaysian FinMin

No winner to emerge in trade war: Malaysian FinMin 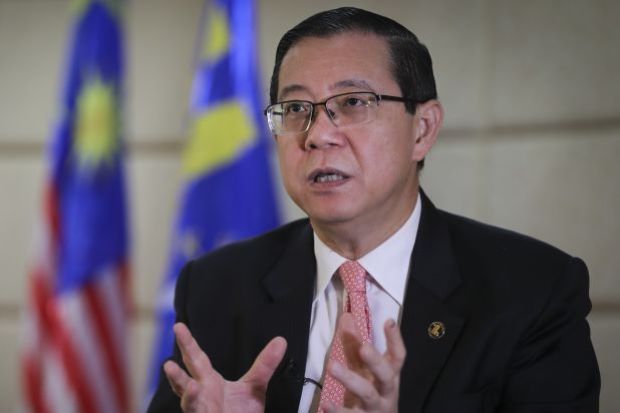 KUALA LUMPUR, Aug. 8 (Xinhua) -- No one will emerge a winner in a trade war and the United States' unilateralism will only hurt itself, Malaysian Finance Minister Lim Guan Eng said Thursday.

Lim said some economic reports put Malaysia as one of the beneficiaries of the trade tensions between China and the United States. "In the long term, every country will become loser, no one will emerge as winner," he told reporters after attending the Malaysia-China Belt and Road Economic Cooperation Forum.

"We should uphold multilateral proposals. The unilateral behavior of the U.S. will make everyone and every country lose money," he said, "Everyone loses in a trade war. If such scenario continues, in the end it will bring the U.S. no good neither," he said.

The lack of confidence in the global economy is affecting Malaysia and other Southeast Asian countries, Lim said, pointing out that Many countries like Malaysia are now in a position where the governments are not in control of the economic prospects and trade of their own countries.

"So what is happening now is that the performance of the economy domestically is completely overshadowed by external developments. Not just in Malaysia but everywhere. Whatever you do domestically will not move the needle," he said.

"In fact they are not looking at domestic measures, domestic economic developments, they are looking at external policy pronouncements. So every time when the President of the United States wakes up and does a tweet, it will shake the entire global financial market."

Lim hoped the China and the United States will continue negotiations to reach an agreement. He said all eyes on the U.S. side to see if it changes its behavior in targeting multiple countries.

"We hope that there can be a rational settlement that will bring about a win-win solution, not just for both countries but for every country in the world."

In his earlier keynote address to the forum, Lim said Malaysia has benefited from the China-proposed Belt and Road Initiative, which his country supports to encourage sustainable development throughout Asia and bring the region closer together.