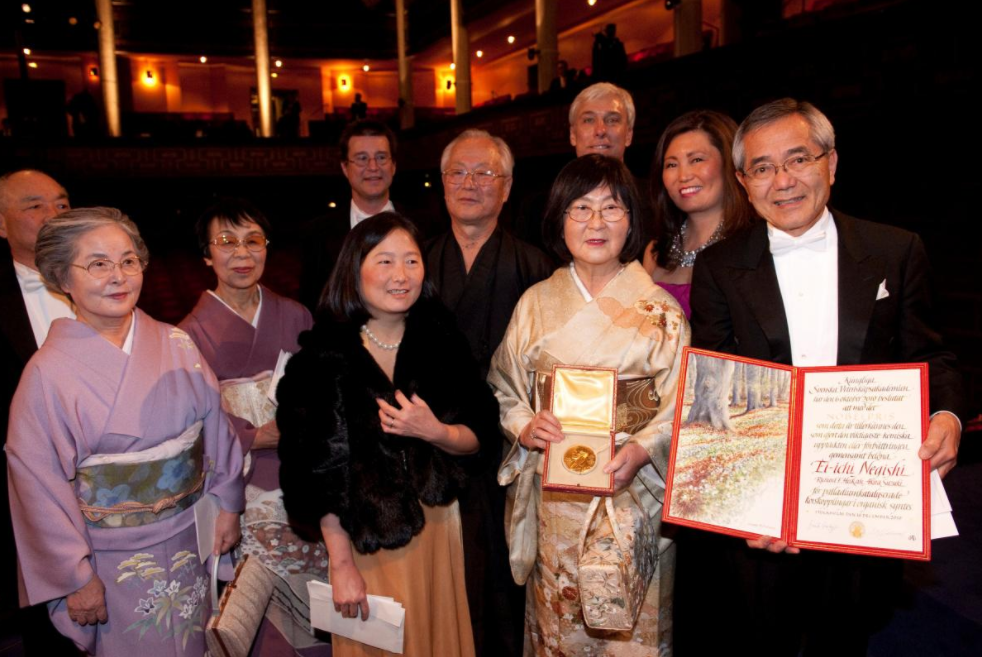 A Japanese Nobel-winning chemist was discovered wandering in rural Northern Illinois and his wife found dead nearby, some nine hours after they had been reported missing from their home 200 miles away, police said on Wednesday.

Nobel Prize winner Ei-ichi Negishi, 82, was transported to a local hospital for treatment after he was spotted walking near Rockford, Illinois, at 5 a.m. on Tuesday, the Ogle County Sheriff’s Department officials said in a written statement.

Deputies later found the couple’s car and the body of his wife, Sumire Negishi, at the nearby Ochard Hills Landfill, the sheriff’s department said. Rockford is about 100 miles west of Chicago. An autopsy was pending on the body of Sumire Negishi but foul play was not suspected in her death, the sheriff’s department said. No information was released on the condition of Ei-Ichi Negishi.

The couple was reported missing to the Indiana State Police at about 8 p.m. central time on Monday. They were last seen at their home in West Lafayette, near the Purdue University campus where Ei-Ichi is a professor of chemistry.

The scientist was awarded the Nobel Prize in chemistry in 2010.