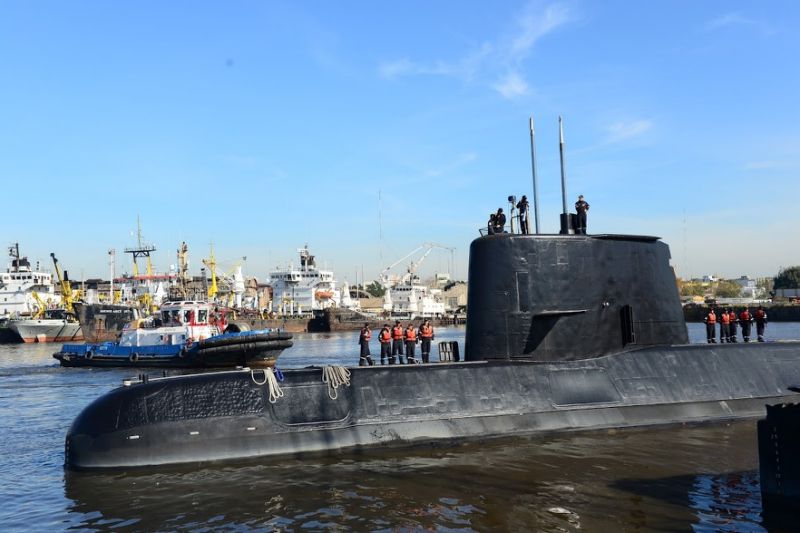 The ARA San Juan, shown here in 2014 in a handout photo from the Argentine navy, went missing on Wednesday (AFP Photo/Handout)
Search vessels in the South Atlantic have picked up noises on their sonar that could be coming from the crew of an Argentine submarine missing for five days, the country's navy said Monday, AFP reported.

The noises were detected some 360 kilometers offshore in the relatively shallow water at the edge of Argentina's continental shelf, Navy spokesman Enrique Balbi said.

A US Navy P-8A Poseidon plane was immediately dispatched to the site where the noises were detected by two Argentine ships, AFP reported.

The news once again raised hopes for the 44 crew members aboard the ARA San Juan, after earlier apparent distress calls were dismissed as not coming from the stricken vessel.