Nominee to lead FAA will face challenge on Boeing oversight

US President Donald Trump has tapped a former Delta Air Lines executive to lead the Federal Aviation Administration as the regulator deals with questions about its approval of a Boeing airliner involved in two deadly crashes within five months. 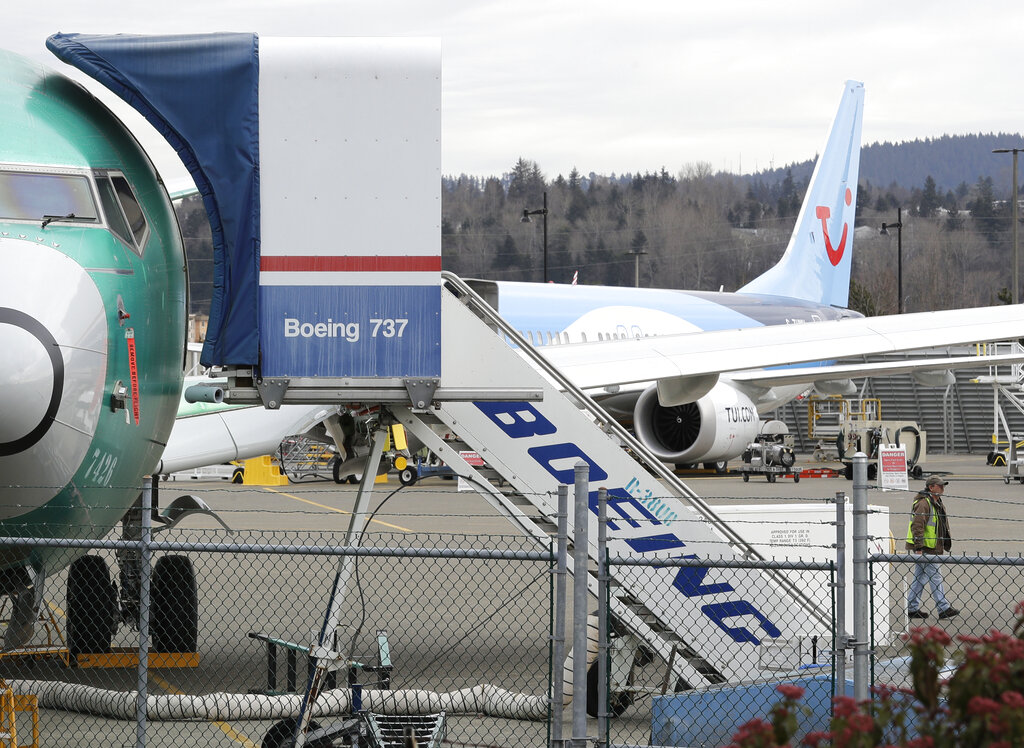 The White House said Tuesday that Trump will nominate Stephen Dickson to head the FAA. The agency has been led by an acting administrator since January 2018.

Separately, the Transportation Department confirmed that its watchdog agency will examine how the FAA certified the Boeing 737 Max 8 aircraft, the now-grounded plane involved in two fatal accidents within five months.

The FAA had stood by the safety of the plane up until last Wednesday, despite other countries grounding it.

Chao, whose agency oversees the FAA, said the audit will improve the department's decision-making. Her letter confirmed that she had previously requested an audit. It did not mention that the inspector general and federal prosecutors have already started looking into the development and regulatory approval of the jet, as reported by news outlets, including The Associated Press.

The letter requests "an audit to compile an objective and detailed factual history of the activities that resulted in the certification of the Boeing 737 Max-8 aircraft." It also says the audit will help the FAA "in ensuring that its safety procedures are implemented effectively."

Boeing said in a statement Tuesday that it will fully cooperate with the audit.

Questions about the FAA's handling of the issue extend beyond U.S. borders and will pose an immediate challenge for Dickson, if he is confirmed to lead the agency.

Canadian Transport Minister Marc Garneau said this week that even if FAA certifies Boeing's fix for the software on the 737 Max jet, "we will do our own certification."

Dickson was Delta's senior vice president of flight operations until retiring on Oct. 1 after 27 years with the airline, including time flying the 737 and other Boeing jets. Before that, he was an Air Force pilot. He emerged in recent weeks as the likely choice to lead FAA.

For the past 14 months, the agency has been under an acting administrator, Daniel Elwell, a former Air Force and American Airlines pilot.

A Lion Air Boeing 737 Max 8 crashed off the coast of Indonesia last October, and an Ethiopian Airlines Max 8 crashed this month near Addis Ababa.

Investigators suspect that incorrect sensor readings feeding into a new automated flight-control system may have played a role in the Indonesian crash, and the Ethiopian plane had a similar, erratic flight path.

Boeing began working on an upgrade to software behind the flight-control system shortly after the Lion Air crash. CEO Dennis Muilenburg said in recent days that the company is close to finishing the update and changes in pilot training to help crews respond to faulty sensor readings.

Elwell told House Transportation Committee members that Boeing expects the software update to be finished by Monday, according to a person familiar with the briefing who spoke on condition of anonymity because they are not authorized to speak on the timing publicly. The FAA earlier required design changes to the flight-control system "no later than April."

After Boeing finishes the software, the FAA still must approve it.

The Associated Press reported Monday that the Justice Department is probing the development of the Max, according to a person briefed on the matter. It is unclear when that inquiry began.

Critics have questioned the FAA's practice of using employees of aircraft manufacturers to handle some safety inspections. FAA inspectors review the work of the manufacturers' employees, who are on the company payroll and could face a conflict of interest.

A federal grand jury in Washington sent a subpoena to someone involved in the plane's development seeking emails, messages and other communications, the person told The Associated Press.

Other nations banned the Max 8 and a slightly larger model, the Max 9, in the days after the Ethiopian crash. The FAA and U.S. airlines that use the planes stood by the plane's safety until last week.

There are about 370 Max jets of various models at airlines around the world. American, Southwest and United have said the grounding of their Max jets have led to some canceled flights.

The plane is an important part of Chicago-based Boeing's future. The company has taken more than 5,000 orders and delivered more than 250 Max jets last year. Boeing still makes an older version of the popular 737, but it expected the Max to account for 90 percent of all 737 deliveries this year.