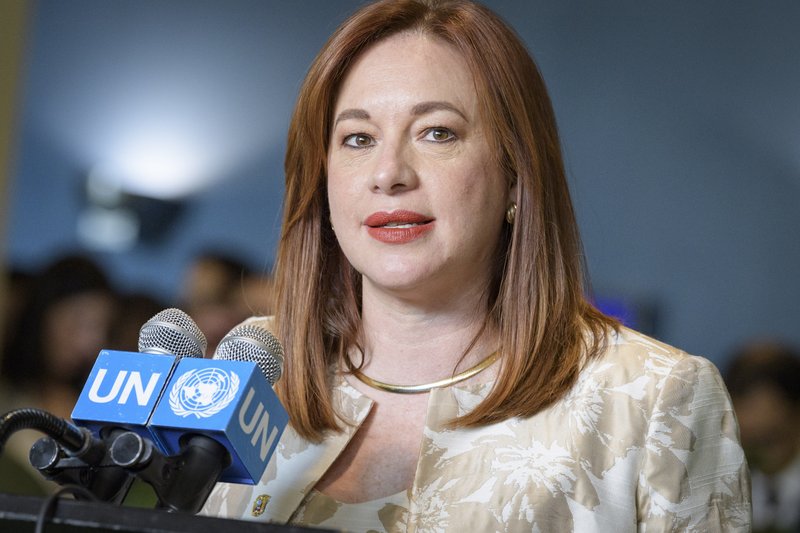 UNITED NATIONS, Oct. 2 (Xinhua) -- Despite the severe challenges the world faces, there is still hope as non-violence is part of humanity, said Maria Fernanda Espinosa, president of the UN General Assembly, on Tuesday.

"At its heart, humanity yearns for peace and harmony -- principles that Gandhi espoused, and recent developments have given us cause for hope," Espinosa told an event to celebrate the legacy of Mahatma Gandhi and the International Day of Non-Violence.

In July, the governments of Eritrea, Ethiopia and then Djibouti ended a decades-long conflict. The benefits have been profound: families reunited, borders opening to trade and investment, improved areas for cultural, social, economic and security cooperation, she said.

On the other side of the world, on the Korean Peninsula, inter-Korean summits have led to an historic thawing in relations, she said.

While only last year the threat of war had become a very real possibility, in a matter of months the tide had turned, so much so that the world watched this year as the two Koreas marched together into the 2018 Winter Olympics.

For those countries still at odds, for those who would continue to pick up arms, the examples of Eritrea, Ethiopia and Djibouti, and of the Korean Peninsula, should serve as inspiration, said Espinosa.

In the United States, Martin Luther King is celebrated as a student of Gandhi. Resisting opposition and insult, he took the long view. And he was right -- his dream has changed the trajectory of a whole nation and influenced others, she said.

Over a week ago, world leaders at the UN General Assembly celebrated another icon of forgiveness and peace -- Nelson Mandela. "These leading lights of our recent modern times were inspired by Mahatma Gandhi, whose example has proven the most durable and enduring," she said.

Espinosa quoted Gandhi's words: "You must not lose faith in humanity. Humanity is like an ocean. If a few drops of the ocean are dirty, the ocean does not become dirty."

The International Day of Non-Violence is Oct. 2, the birthday of Gandhi.