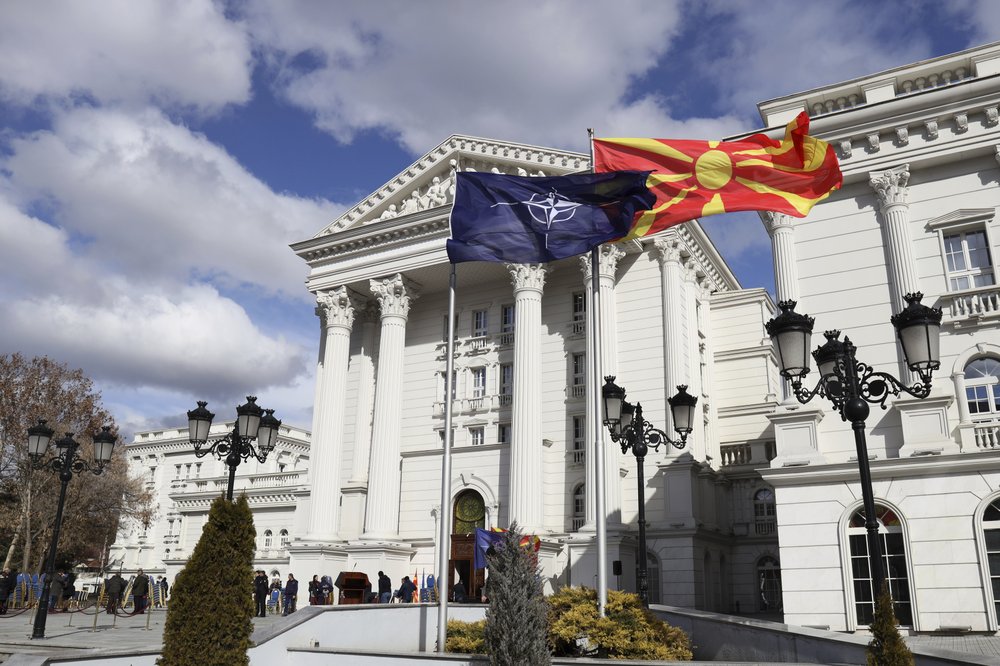 Macedonian, right, and NATO flag wave in front of the government building during a ceremony in Skopje, Tuesday, Feb. 12, 2019. (Photo: AP)

SKOPJEJE, Oct. 20 (Xinhua) -- North Macedonia will hold an early election on April 12 next year, Prime Minister Zoran Zaev said on Sunday, two days after the European Union (EU) put a hold on the start of the country's accession negotiations.

All leaders of the political parties have agreed with the election date and an interim government will be formed on Jan. 3, he said after a meeting of all parties.

"We have reached a consensus and I believe that on April 12 the citizens will make a wise decision," Zaev said after the meeting held in the presidential residence.

The election will be held eight months before the current Parliament's four-year term is due to expire.

The meeting of the leaders of all political parties was organized by President of North Macedonia Stevo Pendarovski following the EU decision to put a hold on the start of the country's accession negotiations on Friday.

Concerning the integration process, the president said, this meeting was fruitful, because all leaders of the parties agreed that there is no other alternative for the country.

"They all stand behind the idea that North Macedonia should begin the EU negotiations and finish them as soon as possible to become a full member," Pendarovski said.