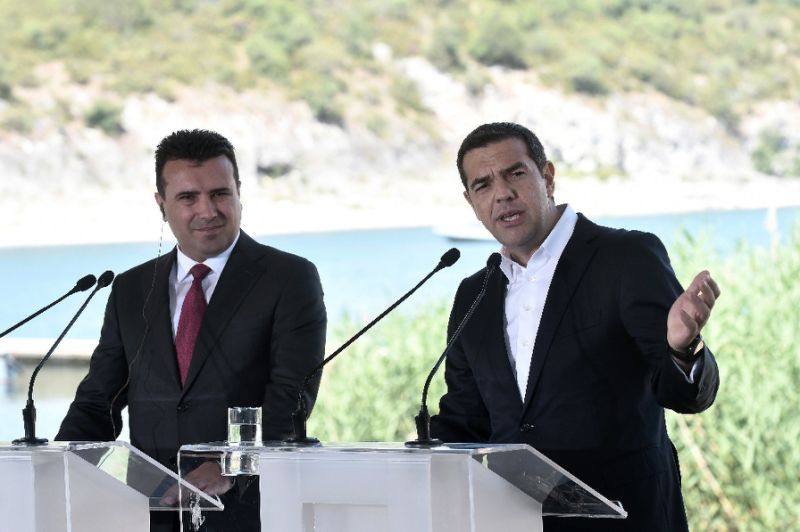 The award ceremony was held at the sidelines of the Munich Security Conference. Head of the German Bavarian State Chancellery, Florian Herrmann, hosted the awarding ceremony.

"I have three words to describe the success of our friendship: Hope, Dialogue and Unity," Zaev said in his speech at the ceremony, extending gratitude to citizens of his country, UN mediator Matthew Nimetz, European Union Commissioner Johannes Hahn, German Chancellor Angela Merkel, as well the foreign ministers of both countries, according to the statement.

In a statement on Facebook, Zaev called the award a great honor for the citizens of North Macedonia and Greece.

The Munich Security Conference inaugurated the Ewald von Kleist Award in 2009, aiming to honor leading figures in security policy that have made an outstanding contribution to international peace and conflict management.

In January, the parliaments of the two Balkan states ratified the agreement reached by the two prime ministers last summer to end the name dispute which started in 1991, when FYROM declared independence from Yugoslavia choosing the name Macedonia, the same name as a province in northern Greece.

Under the agreement, FYROM is renamed the Republic of North Macedonia.