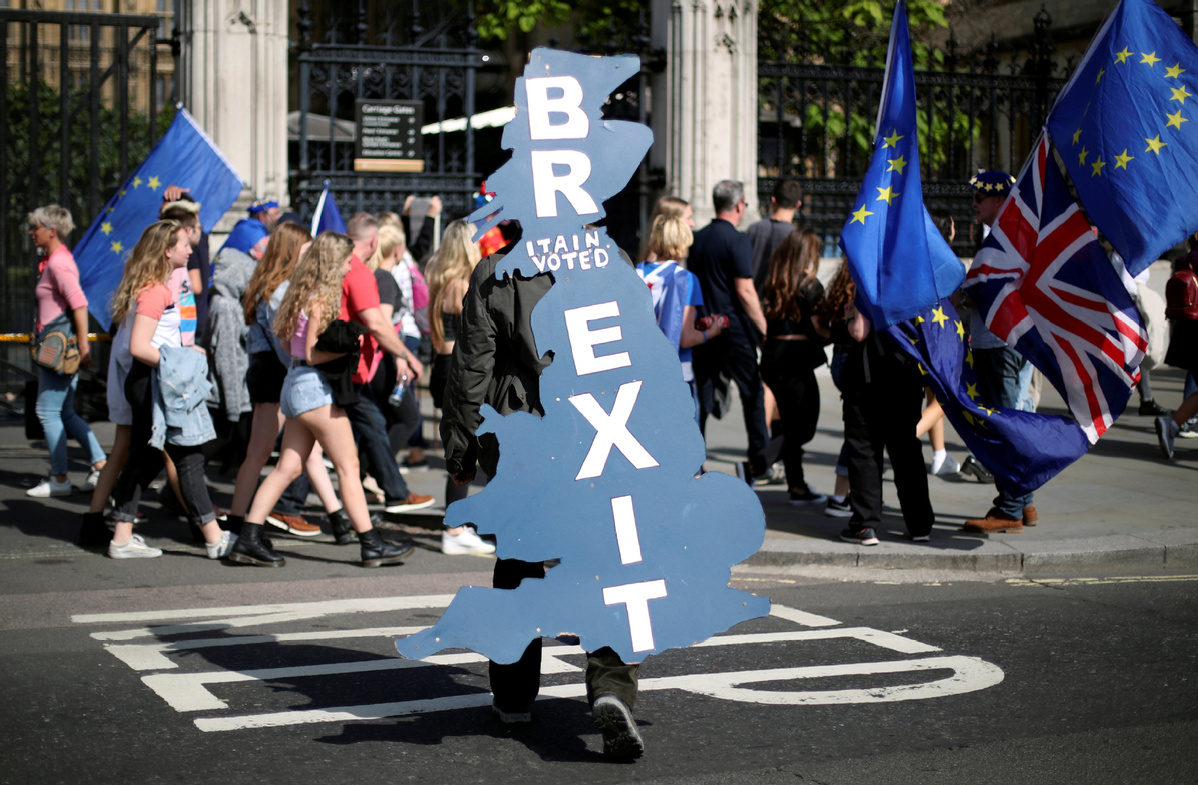 A pro-Brexit supporter is seen outside Parliament in London, Britain, June 17, 2019. (Photo: Agencies)

BELFAST - A case arguing that a British exit from the European Union without a withdrawal agreement would contravene Northern Ireland's 1998 peace accord was dismissed on all grounds on Thursday by Belfast's High Court.

The case is one of a series across the United Kingdom challenging Prime Minister's Boris Johnson's Brexit strategy. Johnson has said Britain must leave the EU on Oct 31, whether or not it secures a deal on an orderly exit.

Scotland's highest court of appeal ruled on Wednesday that Johnson's decision to suspend parliament for five weeks was unlawful and should be annulled, a verdict that will be appealed at the United Kingdom Supreme Court next week.