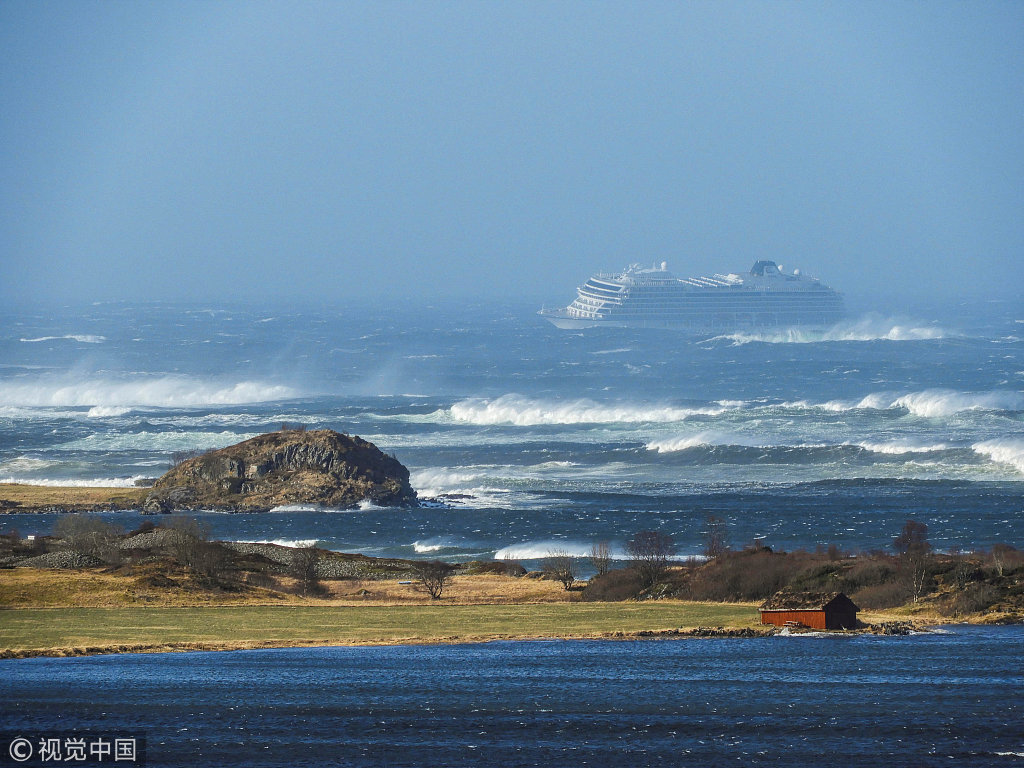 The Viking Sky got into trouble in rough weather off the western coast of Norway with 1,300 passengers on board. (Photo: AFP)

Emergency services said on Saturday they had begun airlifting 1,300 passengers from a cruise ship in trouble off the Norwegian coast.

The Viking Sky cruise ship sent an SOS message due to "engine problems in bad weather", southern Norway's rescue centre said on Twitter, while police reported the passengers would be evacuated by helicopter.

"The boat only has one working engine and the winds are rather strong. Therefore we would prefer to have the passengers on land rather than on board the ship," police chief Tor Andre Franck said.

"It will take time to evacuate everyone," Franck said.

The cruise ship had been en route from Tromso to Stavanger.

"It is dangerous to encounter engine problems in these waters which hide numerous reefs," Franck added.

Coastguard and sea rescue boats had also been sent to the area and a reception centre set up on shore to accommodate the evacuees.

Another vessel had been despatched to try to tow the Viking Sky into port, possibly removing the need for the airlift.

"The boat is stable. It has dropped anchor and one of its engines is working," said a rescue centre spokesman, Borghild Eldoen.

"For the moment everything appears to be going well," added another spokesman, Einar Knutsen.