Norway attack appears to be 'act of terror': security services 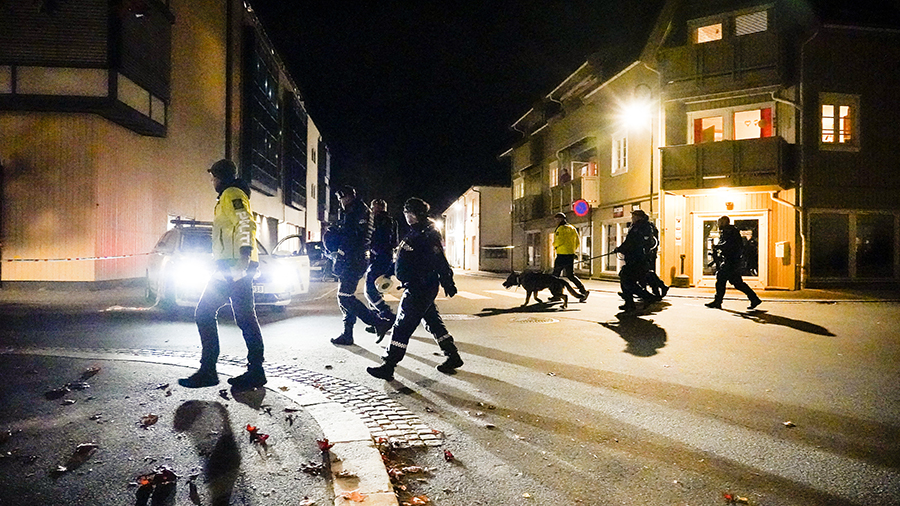 Police officers cordon off the scene where they are investigating in Kongsberg. (Photo: AFP)

Norway's intelligence service PST said Thursday that a bow-and-arrow attack that killed five people the previous day seemed to be an "act of terror."

"The events in Kongsberg currently appear to be an act of terror, but the investigation... will determine in closer detail what the acts were motivated by," PST said in a statement.