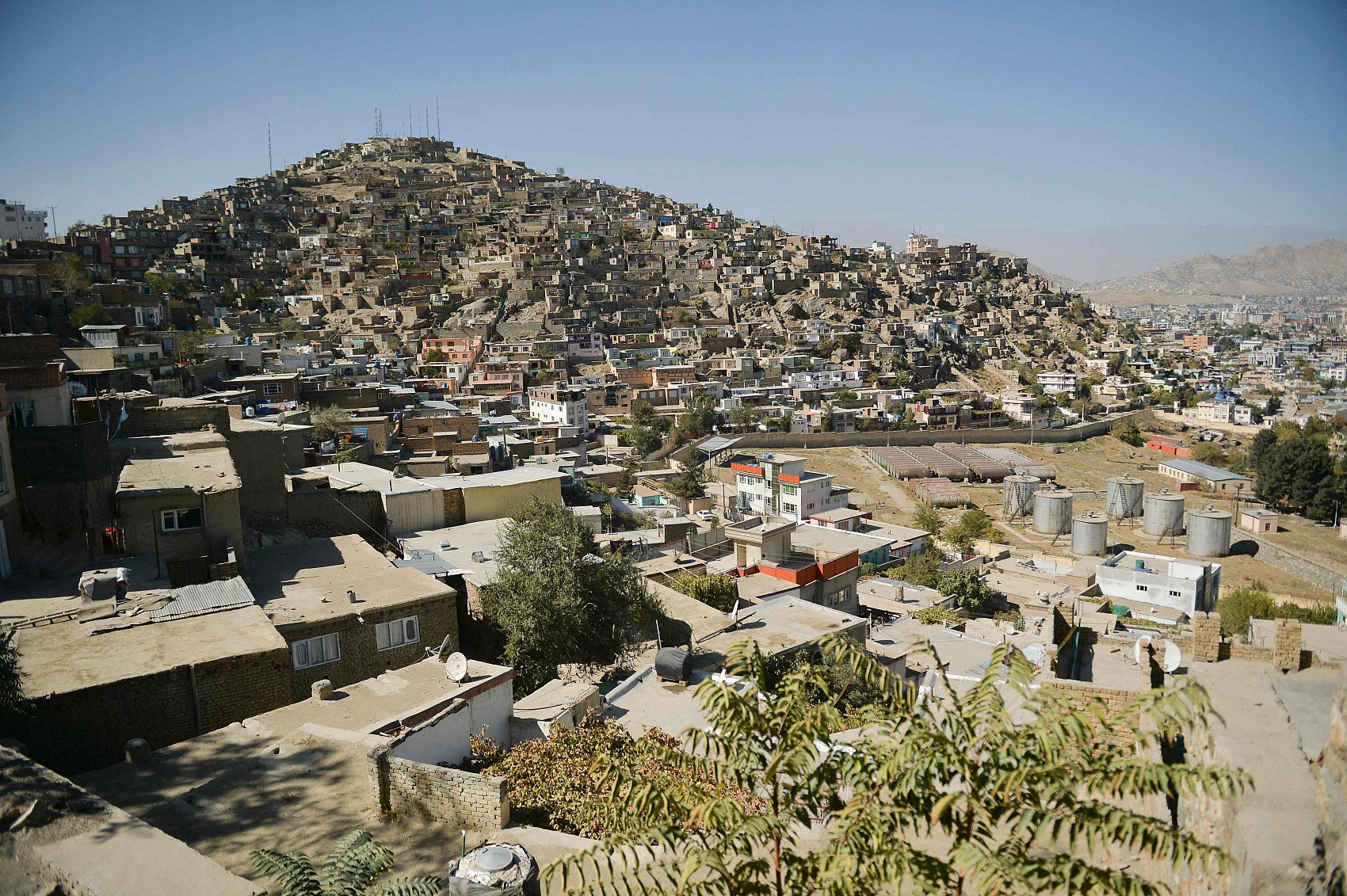 A general view of show a residential area as seen from the rooftop of a house on a hill overlooking Kabul on October 23, 2021. (Photo: VCG)

United Nations Office for the Coordination of Humanitarian Affairs (OCHA) in Afghanistan wrote on social media that with the additional contribution, "Norway has contributed a total of NOK 30 million (3.5 million U.S. dollars) to the Afghanistan Humanitarian Fund (AHF) for 2021."

The aid will support life-saving responses to assist the most vulnerable people in the land-locked country, the agency said while appreciating the people and government of Norway for the fresh donation.

The Afghanistan Humanitarian Fund (AHF) is one of OCHA's country-based pooled funds (CBPFs). It was established in 2014 for swift and strategic humanitarian action in Afghanistan, according to the OCHA.

Since the Taliban's takeover in mid-August, Afghanistan's economic situation has worsened with higher unemployment rate and rising poverty.

The UN agencies, aid organizations and a number of non-governmental organizations are racing against the time to deliver life-saving aid and supplies to crisis-hit Afghans ahead of winter.