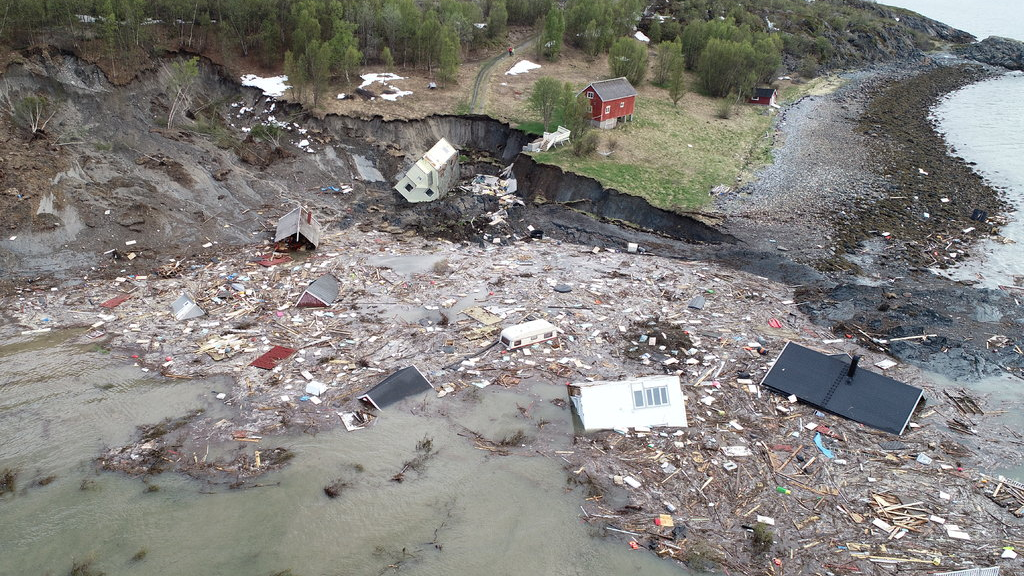 The scene of a landslide in the Alta municipality of Norway after a powerful landslide that sent eight buildings into the sea./Anders Bjordal/Norwegian Water Resources and Energy Directorate/VCG

A second body has been found in the search for the missing after a massive landslide that destroyed homes in Norway, police have announced.

Local media quoted police commander Roy Alkvist as saying the body was found on Saturday. No other details were given.

Eight people remain missing following the hillside collapse that sent mud into the village of Ask on Wednesday.

The first body was found on Friday amid a major ground and air search of the area in Gjerdrum municipality.

Police Chief Ida Melbo Øystese told a news conference that while neither the "forces of nature" or time were on their side there was still a possibility they might find survivors.