Commemorations have begun Thursday to mark 10 years since Norway's worst ever peacetime slaughter.

On July 22, 2011, right wing extremist Anders Breivik set off a bomb in the capital, Oslo, killing eight people, before heading to tiny Utoya island where he stalked and shot dead 69 mostly teen members of the Labor Party's youth wing. 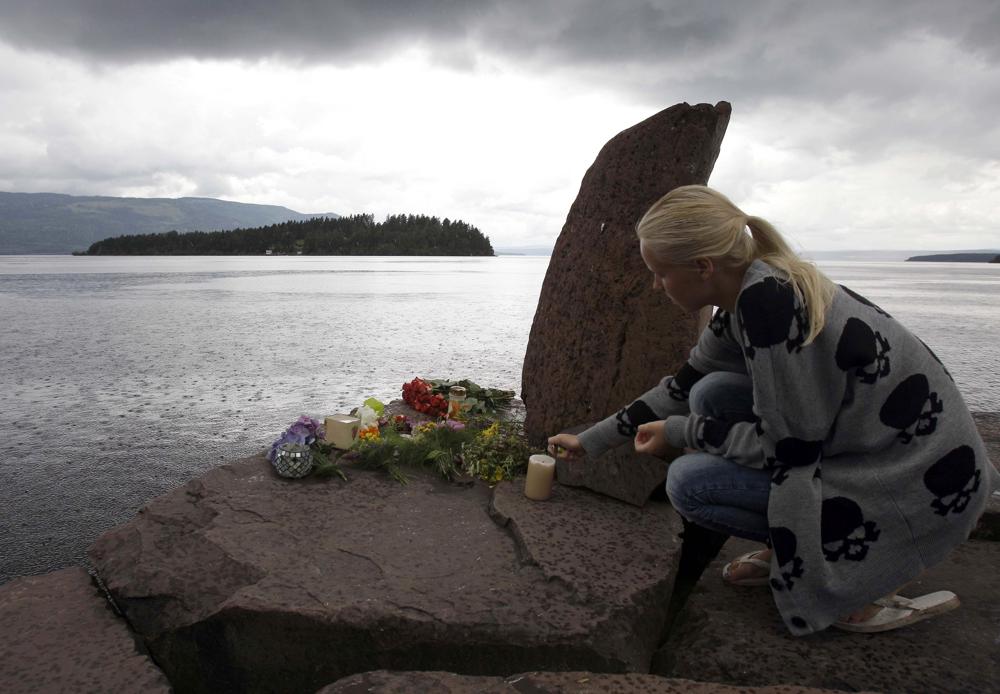 In this Sunday, July 24, 2011 file photo, a female lights a candle at a makeshift memorial to victims of the bombing and shooting attacks, opposite Utoya island, Norway. (File Photo: AP)

Events will take place around the country Thursday, including a service in Oslo Cathedral that will end with bells ringing in churches throughout Norway.

Around the country, people listened as emotional survivors read aloud the names of the 77 victims at a memorial event that was broadcast on television.

Some parents of the victims reflected on the way the country coped with the slaughter, and said that “time does not heal all wounds."

"(The victims) would be proud of how we reacted after the terror and how the rule of law stood strong," said Lisbeth Roeyneland, whose daughter Synne was murdered by Breivik. Roeyneland now runs the national support group for victims and families.

Astrid Hoem, a survivor from Utoya, who now leads the Labor Youth, said "we have not stopped the hatred" and urged the country to continue facing up to the racism in the country.

She was speaking to a group of mourners, including Crown Prince Haakon, Prime Minister Erna Solberg, survivors and families of the victims.

Solberg said it hurt to think back "on that dark July day" and added "we must not leave hate unchallenged."

King Harald is expected to speak during a commemoration in Oslo late Thursday. He will be joined by past and present prime ministers and leaders of the Labor Party youth. Events will also take place on Utoya.