Norway's first electric aircraft took to the skies on Monday as the Nordic country that is known for electric cars vowed to electrify its aviation as well.

The two-seat electric aircraft, an Alpha Electro G2 produced in Slovenia, took a flight at Oslo Airport Monday afternoon with Norwegian airport operator Avinor's CEO Dag Falk-Petersen as the pilot and Minister of Transport and Communications Ketil Solvik-Olsen as the only passenger. 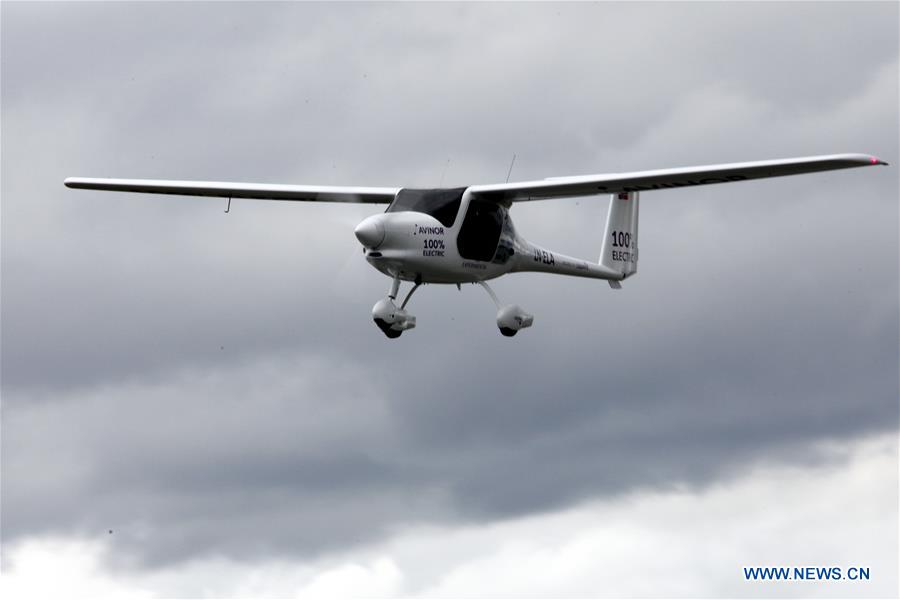 The two-seat electric aircraft, Alpha Electro G2, is seen at the airport in Oslo, Norway, June 18, 2018. Norway's first electric aircraft took to the skies on Monday as the Nordic country that is known for electric cars vowed to electrify its aviation as well. (Xinhua/Liang Youchang)

"The Norwegian government has tasked Avinor with developing a program that paves the way for the introduction of electric aircraft in commercial aviation," Solvik-Olsen was quoted as saying in Avinor's press release.

"It was a great experience to be part of this flight and witness the evolution of aviation," he said.
Avinor is working with its aviation industry partners to help Norway become a world leader in electric aviation. The project is supported by the government, and the project partners are the airlines of Wideroe and SAS as well as the Norwegian Association of Air Sports and climate foundation ZERO.
Avinor has said the objectives are for Norway to be the first country where electric aircraft account for a significant share of the market and to electrify Norwegian domestic aviation by 2040.
"At Avinor, we want to demonstrate that electric aircraft are already available on the market, as well as help make Norway a pioneer of electric aviation in the same way as the country has become a pioneer of electric cars," Falk-Petersen said.
"Along with energy saving measures, the ongoing modernization of aircraft fleets and the introduction of sustainable bio-fuel, electric aircraft can help to reduce total greenhouse gas emissions from Norwegian aviation in the coming decades," he said.
Avinor said it does not intend to charge landing fees for electric-powered light aircraft and will allow them to recharge at no cost until 2025.