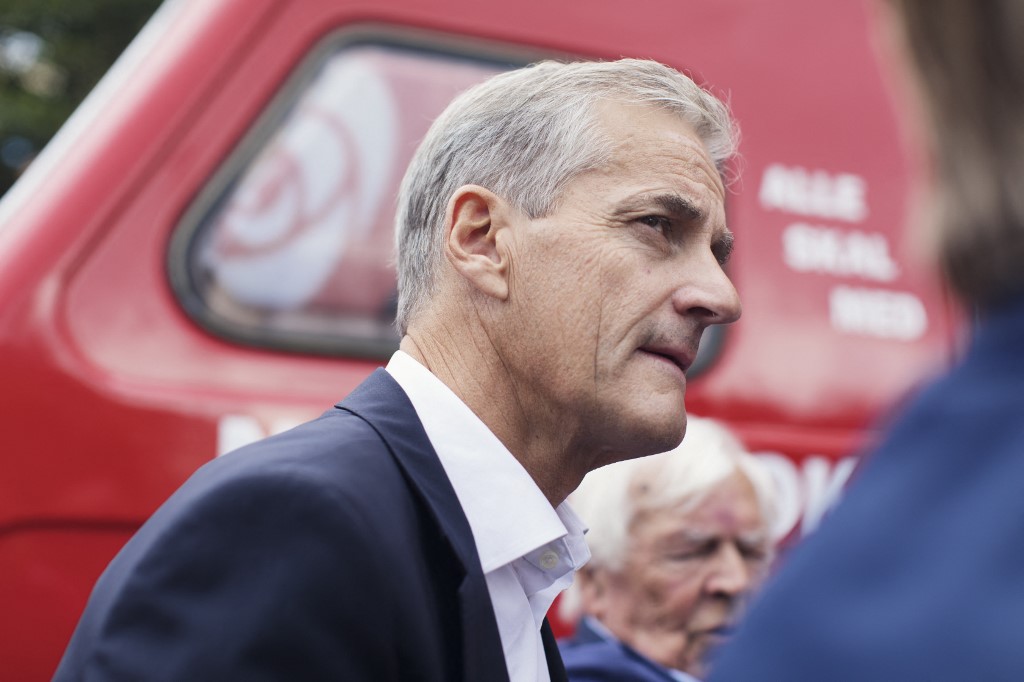 Leader of the opposition party in Norway, Jonas Gahr Store of the Labour party is pictured during an election rally at Youngstorget in Oslo, Norway on August 21, 2017. (File photo: AFP)

The five opposition parties were seen winning 104 of the 169 seats in parliament, enough to unseat the centre-right coalition headed by Conservative Erna Solberg, according to the estimates based on advance ballots.