OSLO, Aug. 2 (Xinhua) -- The Norwegian authorities are tracing passengers from recent Arctic voyages after at least 40 crew and passengers from a luxury cruise liner have tested positive for COVID-19, the country's public health department said on Sunday. 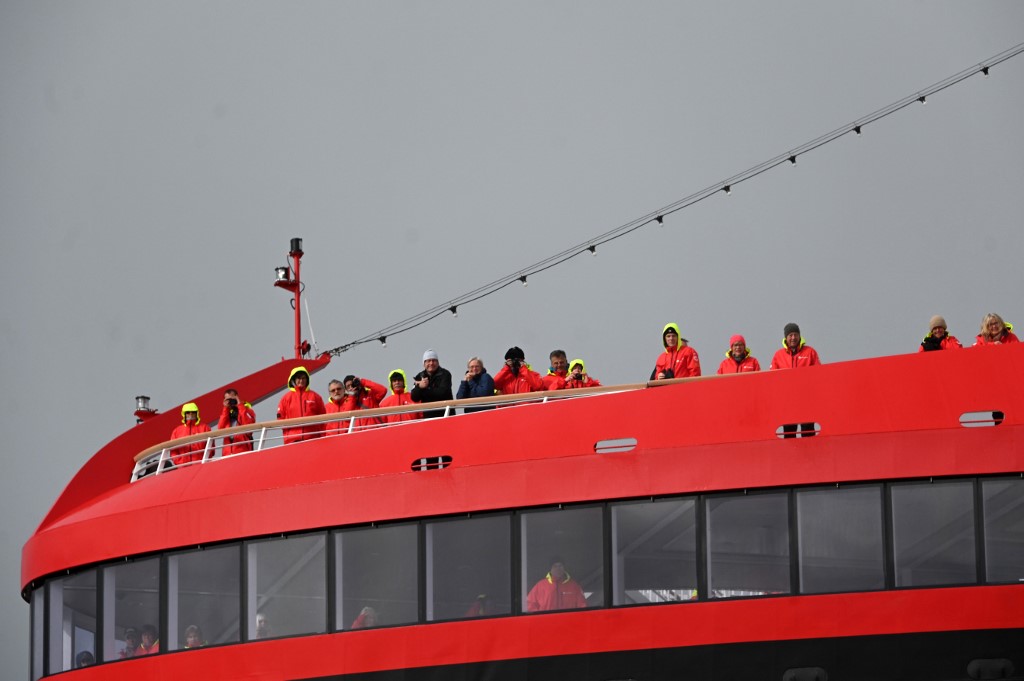 All 158 crew members from the MS Roald Amundsen have been tested after 36 of them and four passengers were diagnosed with the disease on Friday, Hurtigruten, the owner of the ship, currently docked at the port of Tromsoe, said in a statement released on Saturday.

Four of the combined 387 passengers travelling on two separate cruises on the ship have been detected to carry the virus, the Norwegian Institute of Public Health (FHI) and the Tromsoe municipality said.

The MS Roald Amundsen had two expeditions to the Arctic, one on July 17 with 209 passengers, and another on July 24 with 178.

While the crew was quarantined, the 178 passengers who arrived on Friday were allowed to disembark before anyone had been diagnosed.

The FHI said that it has sent messages to all the passengers and are trying to verify the information that has been received.

According to Johns Hopkins University, Norway has reported more than 9,200 cases of COVID-19 and 255 deaths.