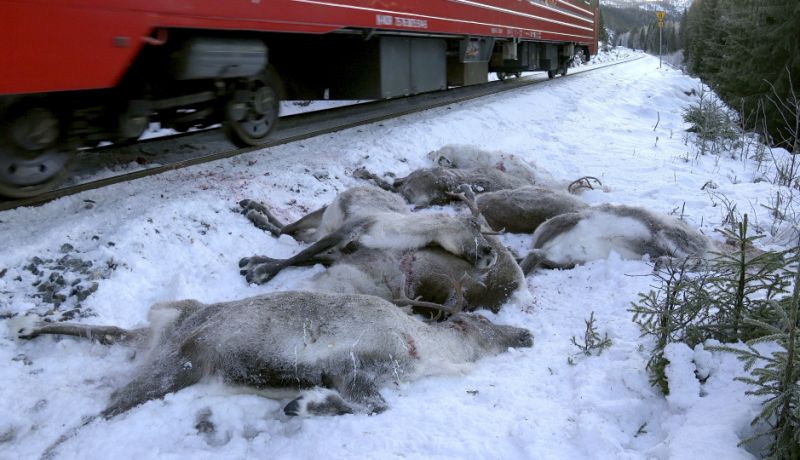 A Norwegian rail operator says between 10 and 15 reindeer have been killed by a train in the country's Arctic region, days after saying that lack of communication with freight train drivers this month has led to the death of more than 100 of the animals.

Thor Braekkan of Bane NOR says Wednesday's collision occurred south of where some 65 reindeer were mown down Saturday.

The cause of the collision was not immediately known. However, the state-owned company has said it earlier had failed to inform train drivers about the presence of the animals on the tracks and hence the need to reduce speed. Because of that reindeer have been hit eight times between Nov. 22 and 25, leading to the death of 110 animals.