Environmental groups and one of France’s largest labor unions called Monday for stronger measures to ensure cleanup work at fire-ravaged Notre Dame Cathedral does not expose workers and nearby residents to unsafe levels of lead. 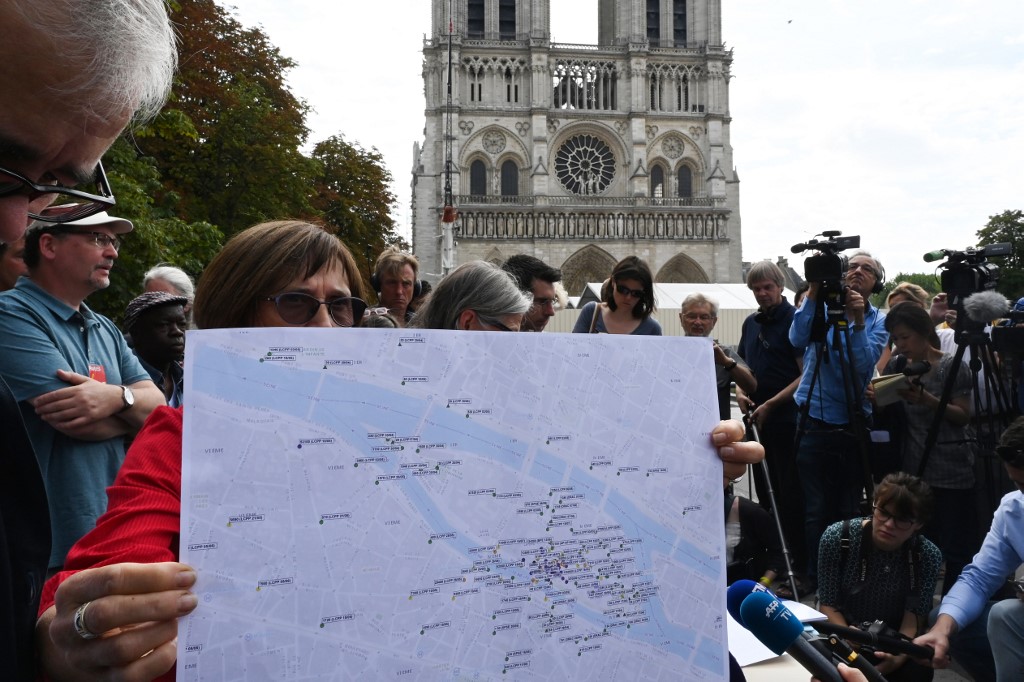 The Paris regional administration suspended the job of cleaning up the famed Paris cathedral last month under pressure from labor inspectors concerned about health risks from the tons of lead that burned in the April fire.

The administration planned to resume the work this week with stricter decontamination procedures and equipment “to prevent any release of polluting elements to the outside.”

But representatives from environmental groups and the CGT union said they don’t think the safety measures go far enough. They asked for a regularly updated chart showing the level of lead in the air.

Labor and environmental groups are also pushing for the creation of a medical center to monitor the health status of firefighters, workers and residents.

Hundreds of tons of lead that was in Notre Dame’s spire and roof melted during the fire, which came close to destroying the cathedral.

Lead levels remain elevated at some spots inside Notre Dame and in the soil of the adjacent park and forecourt, according to the Paris regional health agency. Those areas have been closed to the public since April 15

During a news conference Monday, the environmental activists and union officials called for a containment shield to be built over Notre Dame to keep more lead from being released into the air.

“For the efficiency of the decontamination measures within the area, it is absolutely necessary that the site is confined”, Annie Thebaud-Mony, co-founder of health and environment group Henri Pezerat, said.

Notre Dame rector Patrick Chauvet acknowledged that lead can escape into the atmosphere from the big hole in the cathedral’s roof but ruled out building a containment shield before the cleanup work resumes.

Paris authorities ordered new checks of schools and day care centers in the Notre Dame neighborhood and recommended blood tests for children under age 7 and pregnant women who live nearby.

Children are especially vulnerable to health problems from lead poisoning and exposure.