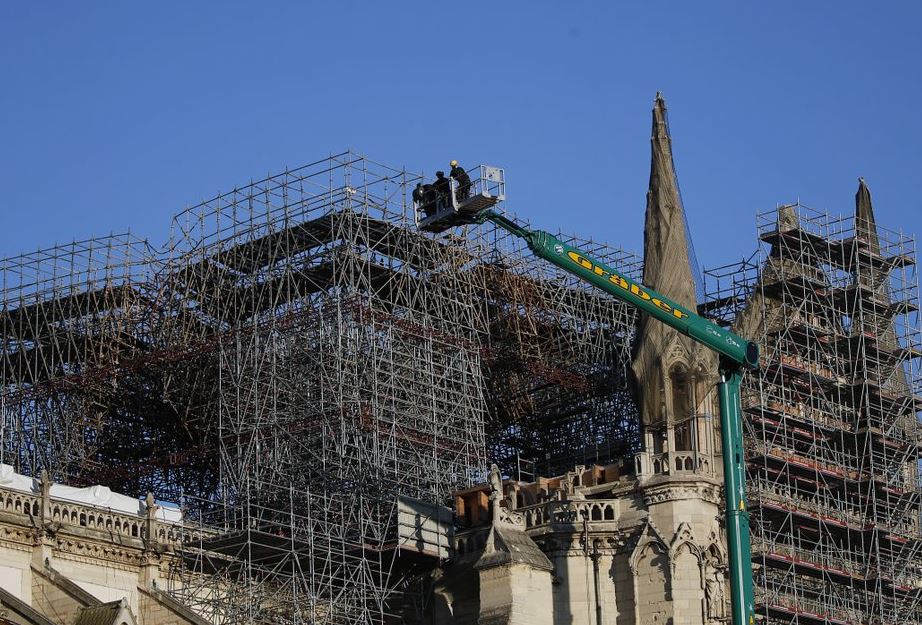 “Even if we are rather confident and even if all the indicators seem positive, it is still too early to affirm that the cathedral is saved,” he said.

The April fire destroyed the landmark’s spire and the roof that kept its twin-towered facade and ceilings stable.

In mid-February, specialists plan to start taking down scaffolding that was installed before the fire for planned repair work. The process will take four months and involve professional climbers removing 40,000 pieces of scaffolding weighing a total of 200 tons, Georgelin said.

The cathedral also has to be cleared of lead, and only then will experts be able to make decisions about how to rebuild Notre Dame.

Georgelin said the church could reopen to the public within five years as President Emmanuel Macron has promised, even though some experts have that timetable unrealistic.

Renovation teams won’t “form a commission to take three months to decide whether to replace one stone,” but also don’t play to do a rush job on a “cathedral that we are leaving for generations to come.”

The reconstruction of Notre Dame, whose first stone was laid in 1163, has prompted widespread debate across France, with differing views over whether it should involve new technologies and designs.