WORLD Novavax may have 4th COVID-19 vaccine in US

Novavax may have 4th COVID-19 vaccine in US 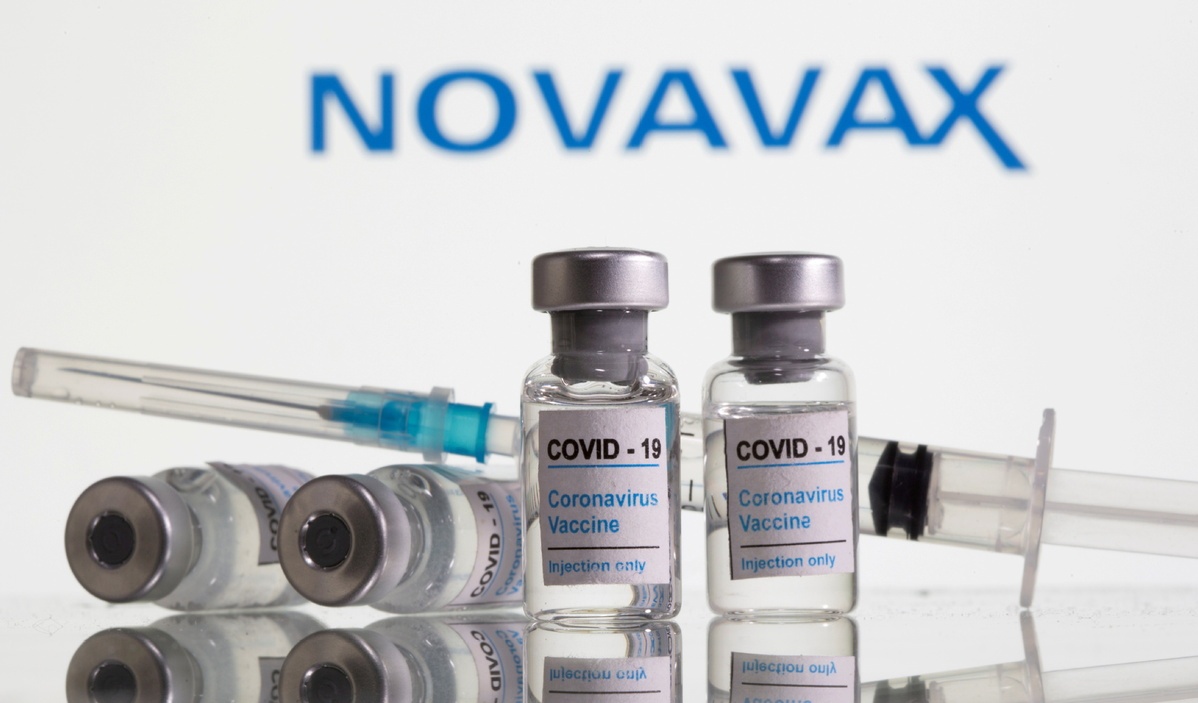 The American biotech company Novavax announced on Monday that its vaccine is safe and 100 percent effective at preventing both moderate and severe coronavirus infection.

Novavax's COVID-19 vaccine showed an overall efficacy of 90.4 percent in a 29,960-person clinical trial conducted in the US and Mexico. There were no cases of hospitalization or death among people who received the vaccine during the trials.

The news comes as the US approaches 600,000 COVID-19 deaths, according to the most recent Johns Hopkins University data.

"My heart goes out to those who've lost a loved one. ... We have more work to do to beat this virus, and now's not the time to let our guard down," US President Joe Biden said on the sidelines of NATO meetings in Brussels.

Still, the seven-day COVID-19 death average in the US has fallen by almost 90 percent from its January peak, Reuters data showed.

The Novavax shots also may be the most tolerable yet tested, according to The Washington Post. Side effects included fatigue, headaches and muscle pain, but adverse reactions tended to be less frequent than those triggered by some already authorized vaccines.

Novavax said in a statement that it planned to apply to the Food and Drug Administration (FDA) for authorization in the third quarter, which begins in July. That would add a fourth vaccine to the US.

The company already has completed a phase 3 trial in the UK, but the US trial results are required to apply for emergency-use authorization in this country.

"It's really very impressive," said Anthony S. Fauci, the director of the National Institute of Allergy and Infectious Diseases, noting that the vaccine was on par with the most effective shots developed during the pandemic. "It's very important for the world's population to have, yet again, another highly efficacious vaccine that looks in its trial to have a good safety profile."

Novavax's coronavirus vaccine, called NVX-CoV2373, is given in two doses, 21 days apart. It differs from the three vaccines already in use in the US. The Novavax vaccine relies on what is called recombinant nanoparticle technology and Novavax's adjuvant, called Matrix-M, to stimulate an immune response, according to CNN.

While the Pfizer, Moderna and Johnson & Johnson vaccines all work by providing genetic instructions for the body to build the coronavirus' spike protein, which the immune system learns to recognize and fight, the Novavax vaccine skips the instructions and delivers the spike protein directly to the body, according to NBC News.

But at this point, the nation has already secured enough doses of the three vaccines currently available in the US. The vaccination rate in the country has slowed in recent weeks, further diminishing the need for additional COVID-19 vaccines.

Even though it is unlikely that Novavax's shots will be used as the first line of defense in the US, they still could be used in the future.

"I think particularly in the United States, our vaccine is going to be most importantly used as a booster vaccine," Stanley Erck, Novavax's CEO, said Monday during a call with investors.

"Novavax continues to work with a sense of urgency to complete our regulatory submissions and deliver this vaccine, built on a well understood and proven platform, to a world that is still in great need of vaccines," Erck said in a statement on Monday.

Novavax won a $1.6 billion contract for 100 million doses from the Trump administration's Operation Warp Speed. The Gaithersburg, Maryland, company has never produced a vaccine cleared by regulators in its 33-year history.

While new COVID-19 cases are declining across most of the US, eight states are seeing increases, and seven of them have below-average vaccination rates.

All of them except Hawaii have recorded vaccination rates that are lower than the US average of 43 percent fully vaccinated, according to the Centers for Disease Control and Prevention (CDC).

"It's been a long road, but our future is BRIGHT," said Governor Gavin Newsom in a Sunday tweet, adding that the nation's most populous state had injected 16 million more shots than anyone else.

From Tuesday, businesses in California can open to the public at full capacity and relax their social distancing and masking requirements for customers. People who haven't been vaccinated still will be required to wear a mask in many situations.

A negative test or proof of vaccination will be required for indoor events that host more than5,000 people, according to the state's Public Health Department.

California has one of the lowest COVID-19 infection rates in the country, and 70 percent of people have had at least one shot.

Despite the reopening, Newsom still maintains the state of emergency, which gives him extra authority to issue new laws relevant to the emergency.