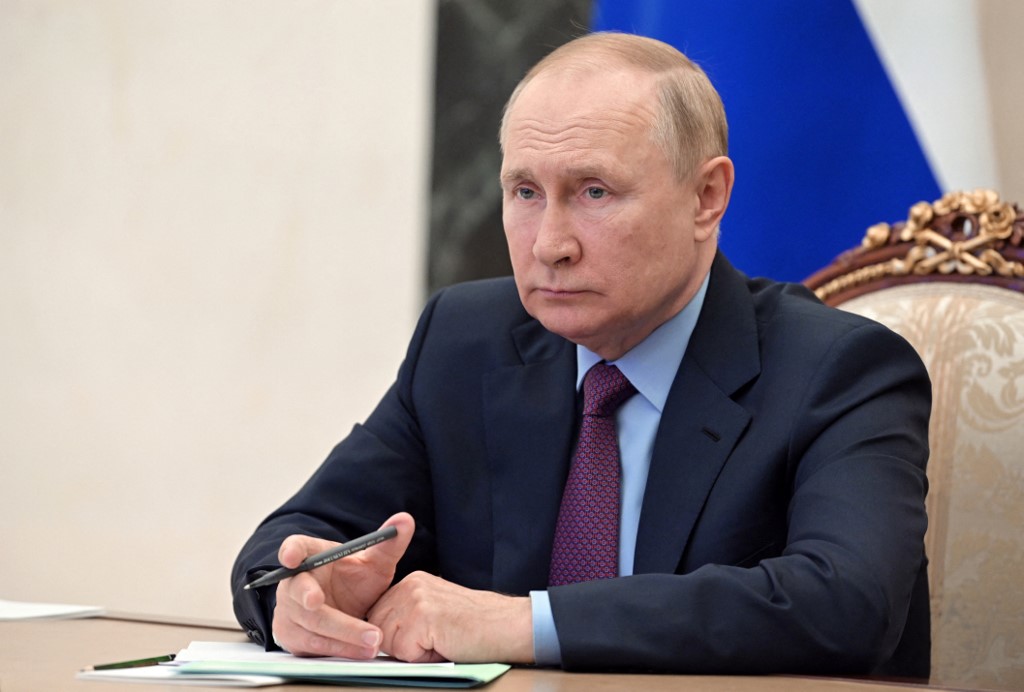 Russian President Vladimir Putin chairs a meeting on the development of the country's metallurgical sector via a video conference at the Kremlin in Moscow on August 1, 2022. (File photo: AFP)

"We stand for equal and indivisible security for all members of the world community," Putin said in a message of greetings as the 10th Review Conference of the Treaty on the Non-Proliferation of Nuclear Weapons (NPT) opened.

As a party to the NPT and one of its depositaries, Russia consistently abides by the treaty and it has fully realized its obligations under the bilateral agreements with the United States on the reduction and limitation of the relevant weapons, he stressed.

Russia hopes this conference will make a significant contribution to strengthening the nuclear non-proliferation regime to ensure peace, security and stability in the world, Putin said.