WORLD Nuke envoys of ROK, US to hold talks in Seoul over Korean Peninsula issues

Nuke envoys of ROK, US to hold talks in Seoul over Korean Peninsula issues 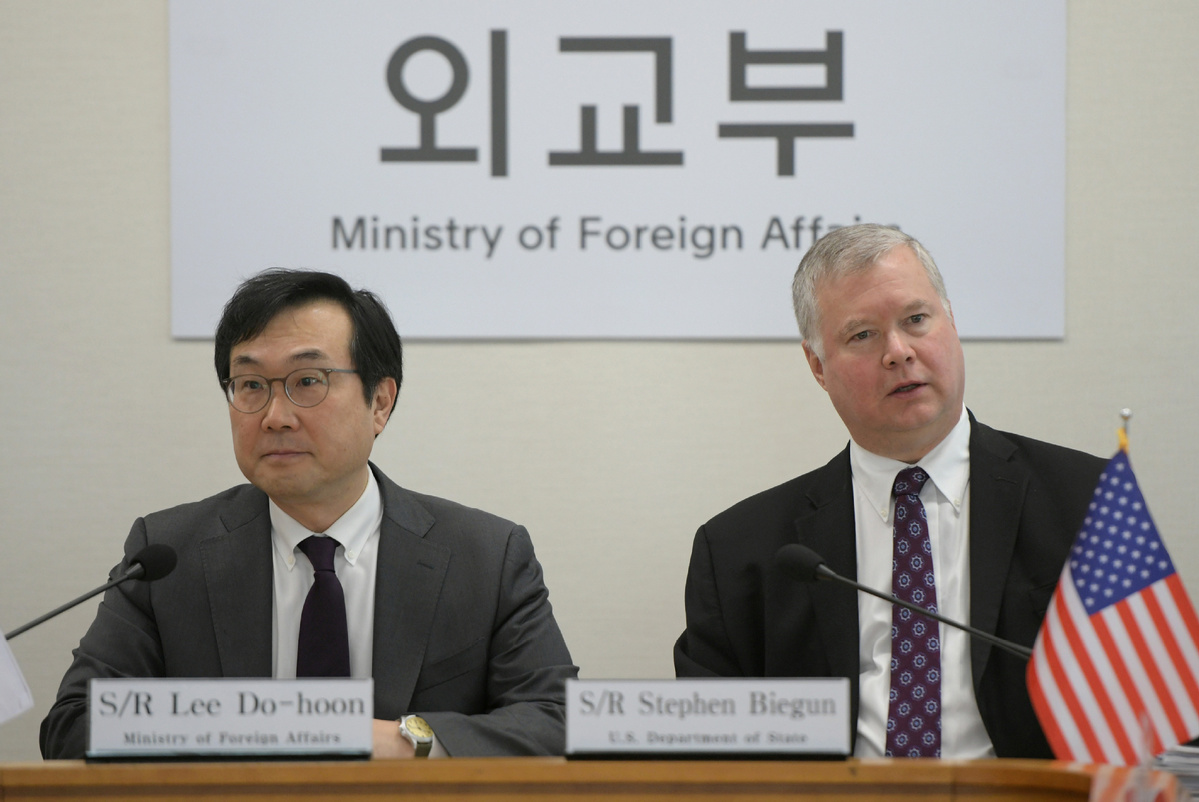 SEOUL -- Chief nuclear envoys of the Republic of Korea (ROK) and the United States will hold talks in Seoul next week over the Korean Peninsula issues, the ROK's foreign ministry said Friday.

Stephen Biegun, US special representative for the Democratic People's Republic of Korea (DPRK) affairs, will make a three-day visit to the ROK from Sunday, according to the Seoul ministry.

Biegun will meet on Monday with Lee Do-hoon, ROK's special representative for the Korean Peninsula peace and security affairs.

During the meeting, Lee and Biegun will exchange in-depth opinions about recent situation on the Korean Peninsula, while discussing substantive ways to make progress in achieving the complete denuclearization of and the lasting peace settlement in the peninsula, the Seoul ministry noted.

The meeting would come amid the deadlocked denuclearization negotiations between Pyongyang and Washington.

The DPRK and the United States held working-level denuclearization talks in Stockholm in October, but it ended without progress.

Pyongyang set its deadline for the denuclearization negotiations at the end of this year.