TOKYO, June 4 (Xinhua) -- The number of babies born in Japan dropped to a record low in 2020 amid the pandemic, while the country's fertility rate continued a downtrend, the government said in a report on Friday. 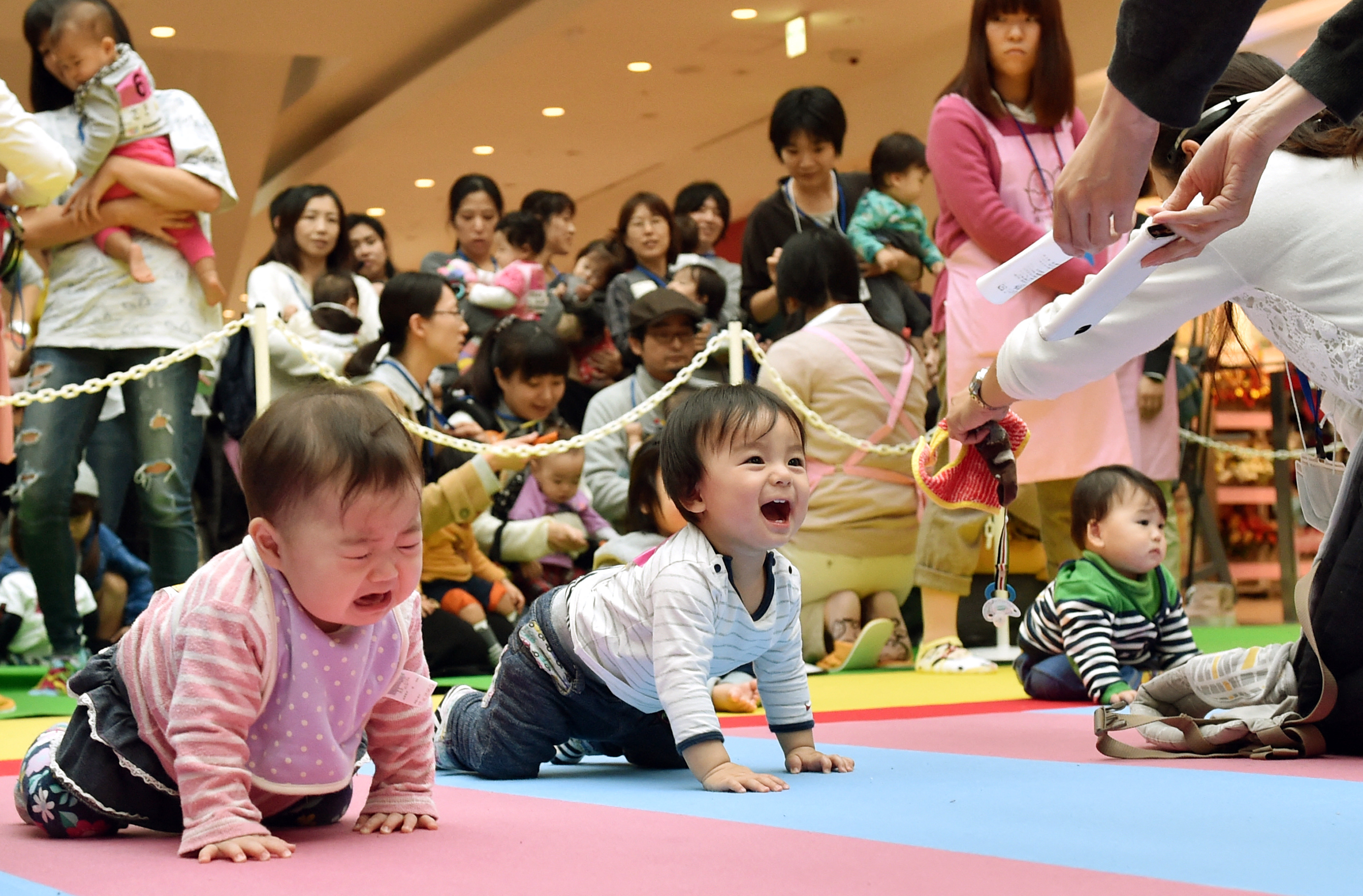 Babies compete in a baby crawling competition hosted by a Japanese magazine that specializes in pregnancy, childbirth and child-rearing, in Yokohama, Kanagawa prefecture on November 23, 2015. (Photo: AFP)

The figure marked the lowest level since the health ministry began keeping comparable data in 1899.

"The declining number of children is a problem that can shake the basis of our society and economy. It should be tackled as a matter of the highest priority," Kato told a press briefing on the matter.

He said that obstacles preventing the bearing and rising of children in society must be removed.

The health ministry also said the average rate of children a woman will bear in her lifetime stood at 1.34 in 2020, down 0.02 points from a year earlier.

Adding to the social crisis, the negative effect of the COVID-19 pandemic is yet to fully show up in statistics, owing to the duration between birth and conception.

The number of births could tumble to around 700,000 for the whole of 2021, analysts said, which would be a decade ahead of the government's forecast.