Number of births in Japan to hit record low in 2017 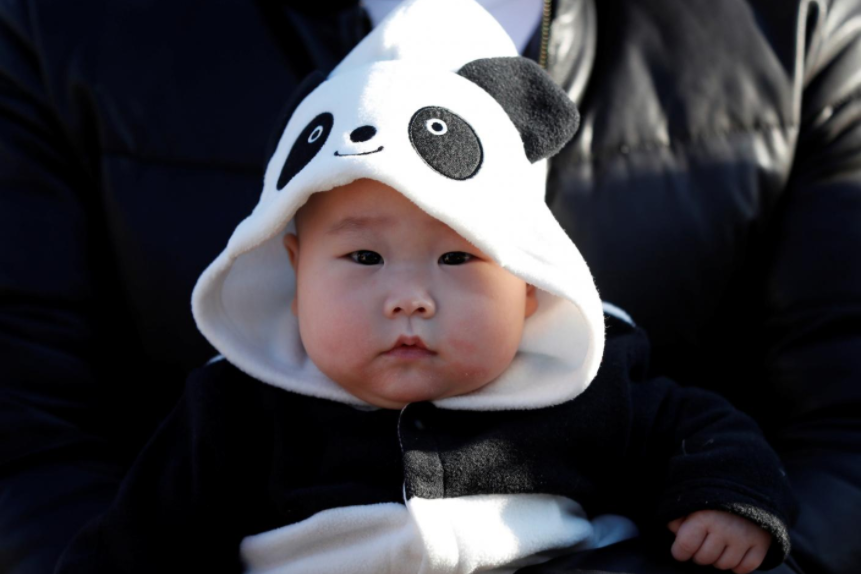 The number of births in Japan this year has fallen to its lowest since records began more than a century ago with about 941,000 new babies, the health ministry said on Friday, proof if any were needed that it faces an aging and shrinking population.

The number of births will be about 4 percent lower than last year and the lowest since the government started compiling data in 1899, the ministry said.

“What’s behind this is a continuous decline in the number of women in the typical childbearing age bracket of 25 to 39,” a health ministry official said.

The number of deaths will likely rise by three percent from the previous year to 1.34 million, a post-World War Two high, resulting in the largest ever natural population decline of 403,000, the ministry said.

These figures do not include foreign nationals living in Japan, who account for some one percent of the population.

Japan has a population of about 125 million, not including foreigners.

Governments have for years tried to encourage families to have more children but the population keeps shrinking, and aging.

People aged 65 or older accounted for 27.2 percent of the total population, the highest ratio on record, according to data released in July, while those aged 14 or younger fell to a record low of 12.7 percent.

Japan has long been reluctant to open up to immigration. Many Japanese pride themselves on what they see as their cultural and ethnic homogeneity, even as the population ages and the workforce shrinks.

But recently, the government has been increasing its efforts to attract students and high-skilled workers from overseas.