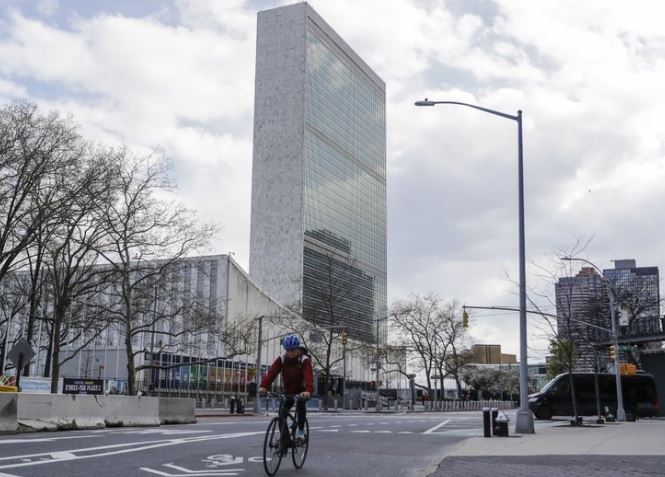 UNITED NATIONS, April 22 (Xinhua) -- The number of confirmed cases of COVID-19 in the whole United Nations system across the world has climbed to 249, including three fatalities, a UN spokesman said Wednesday.

"As of Tuesday, April 21, (there were) 249 confirmed cases among the UN worldwide, including 30 at the Secretariat and 53 in total within the United States," Stephane Dujarric, spokesman for UN Secretary-General Antonio Guterres, said at the daily virtual press briefing.

"Very unfortunately, (there were) three fatalities within the UN system," he said.

As of the evening of April 12, there were 189 confirmed cases among the UN personnel worldwide, and they included three deaths in the UN system since the start of the pandemic, Farhan Haq, deputy spokesman for Guterres, said at a virtual briefing on April 13.

Guterres said in a letter to all employees on April 17 that, in view of the fact that New York State, where the UN headquarters is located, had extended the home order to May 15, he decided to extend the employees' telecommuting period to the end of May after consultation with senior management and medical services.

Guterres said another extension of the telecommuting period was not ruled out. At the same time, his team was studying measures to gradually resume normal office work under the premise of ensuring safety.

Guterres on March 13 asked all staff of the UN headquarters to work remotely from March 16 to April 12 to minimize the risk of transmission of the novel coronavirus in the UN headquarters building. On April 1, he decided to extend telecommuting until the end of April.