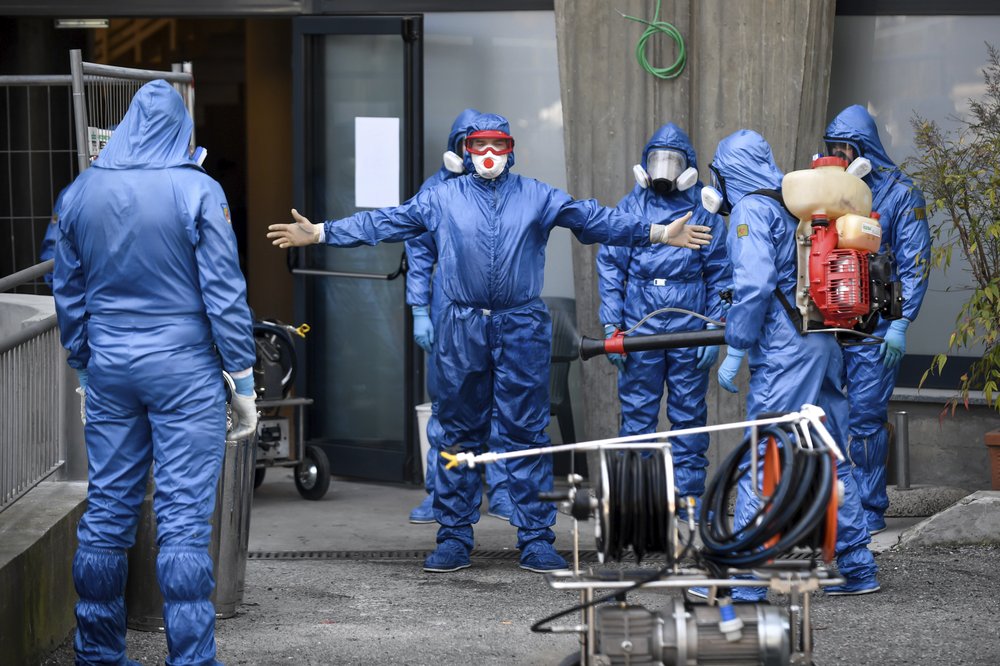 Members of a Russian team sanitize a hospice for elderly people to contain the spread of the Covid-19 virus, in Albino, near Bergamo, northern Italy, Saturday, March 28, 2020. (Photo: Xinhua)

WASHINGTON, March 28 (Xinhua) -- The number of COVID-19 cases in the United States has surpassed 110,000, according to the latest data from Johns Hopkins University's Center for Systems Science and Engineering (CSSE).

New York State reported more than 52,000 cases, followed by the states of New Jersey and California, with 8,825 and 4,915 cases, respectively.

Speaking to reporters at the White House on Saturday, U.S. President Donald Trump said he is considering a short-time quarantine for New York, New Jersey and parts of Connecticut.

New York Governor Andrew Cuomo told a press briefing in the afternoon that he did not discuss the quarantine with the president.

"I haven't had those conversations," said Cuomo. "I don't even know what that means."

"I don't know how that could be legally enforceable, and from a medical point of view, I don't know what you would be accomplishing," he added. "Not even understanding what it is, I don't like the sound of it."