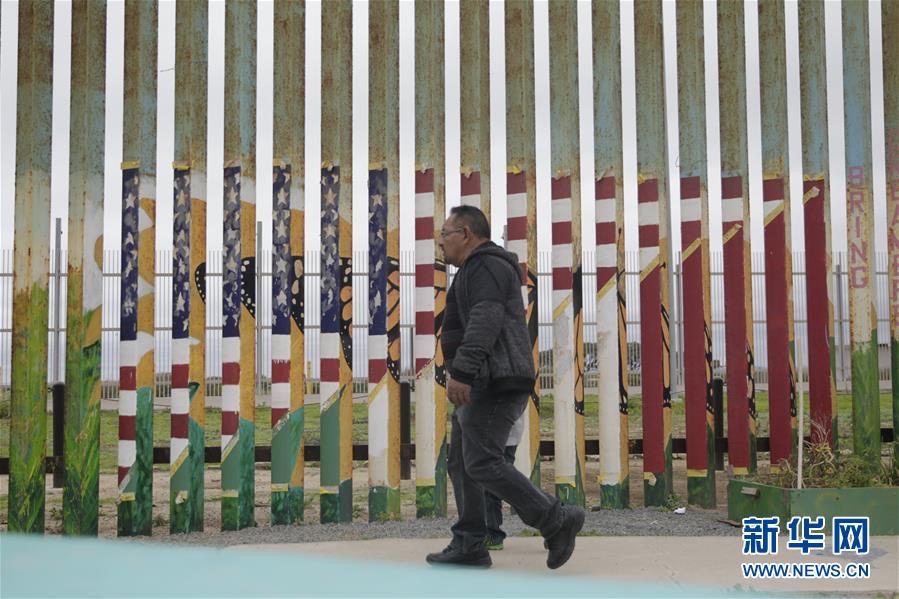 A resident walks in front of the US-Mexico border wall, in Tijuana, Mexico, February 6 (Photo: Xinhua)

The number of undocumented immigrants arrested at the US-Mexico border has fallen to its lowest level in 46 years amid US President Donald Trump’s tough immigration policy, according to the US Department of Homeland Security on December 5.

Only 315,100 people have been arrested by US border enforcement officers as of September 30, a 25 percent decline compared to last year and a new low since 1971.

SinoVision reported that the drop in the number of undocumented immigrant border arrests might be attribute to Trump's tough stance on illegal immigrants during his election campaign.

The Border Patrol said one-third of undocumented immigrants arrested came from Mexico, while the rest were from El Salvador, Guatemala and Honduras.