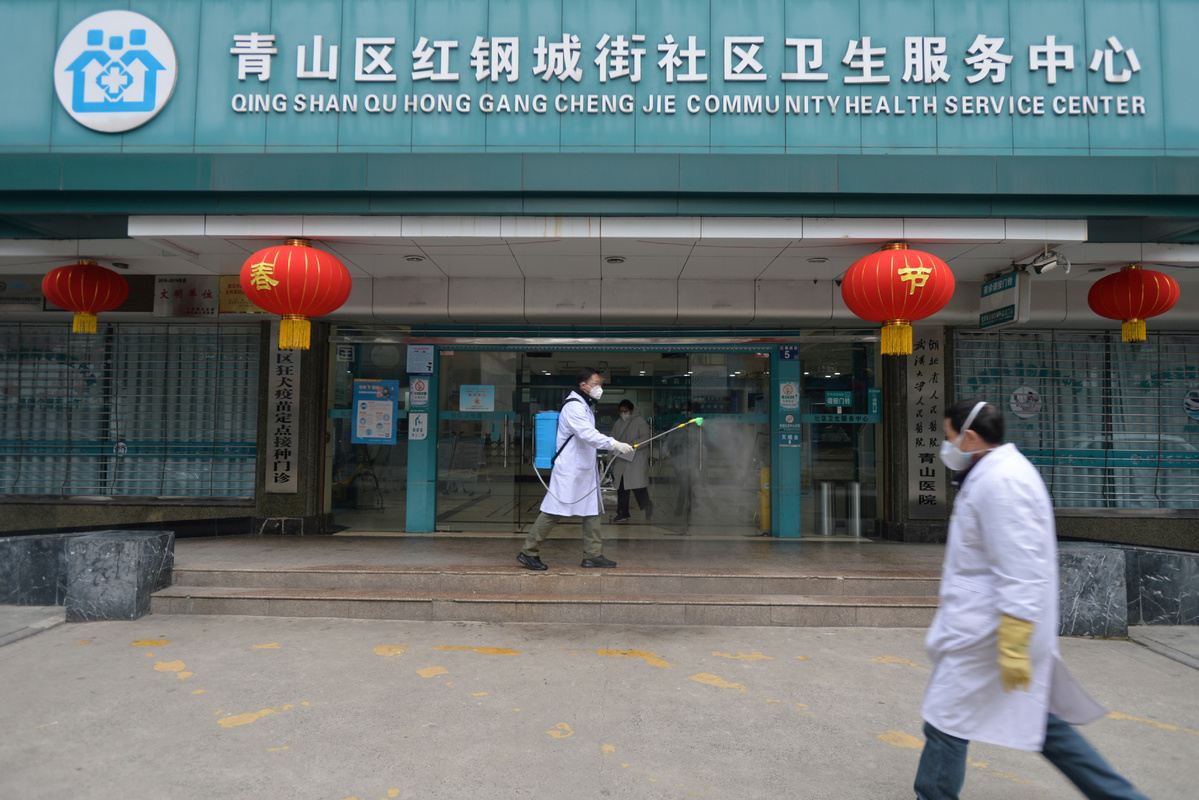 A doctor disinfects the entrance of a community health service center, which has an isolated section to receive patients with mild symptoms caused by the novel coronavirus and suspected patients of the virus, in Qingshan district of Wuhan, Central China's Hubei province, Feb 2, 2020. (Photo: Xinhua)

A nurse who had been living and working in the United Kingdom has left the country in the hope of joining the tens of thousands of medics from across China who are battling the novel coronavirus-caused COVID-19 outbreak in Hubei province.

The idea of going back occurred to He Caixia, who had been working in the UK as a nurse for more than 10 years, after she heard that the British government was urging its citizens to leave China in order to minimize their risk of exposure to the virus.

She said she hoped flying back to China, to the place that was most in need, might give people courage, especially after many countries evacuated their citizens and left people in China worried and depressed.

So, she quit her job at a UK institution that provides care for sick and disabled ex-service men and women and their partners.

She said, as a single mother whose children are grown-up she did not have to worry about dependents.

So, with the support of her family, she boarded a plane to China on Feb 14.

He, who graduated from Anhui Provincial Hospital Nursing School and who worked as a nurse for five years before moving to the UK, took 14 boxes of medical supplies worth of 4,500 pounds ($5,860) with her, including protective gowns, facemasks, and gloves. Most of the items were donated by the Anhui Business Association in Britain and were authorized by China's embassy in the UK as eligible for free shipping via Air China.

He has been in touch with the Red Cross Society as well as health authorities and hospitals in China in the hope of working in Hubei province with a medical team from Anhui Provincial Hospital.

She said she wants to provide assistance where it is most needed and hopes she will be able to offer quarantine advice and psychological support in the community.

She also said medics working on the ground in China have great responsibility on their shoulders and called on the public to support them and take their own share of responsibility for dealing with the virus.