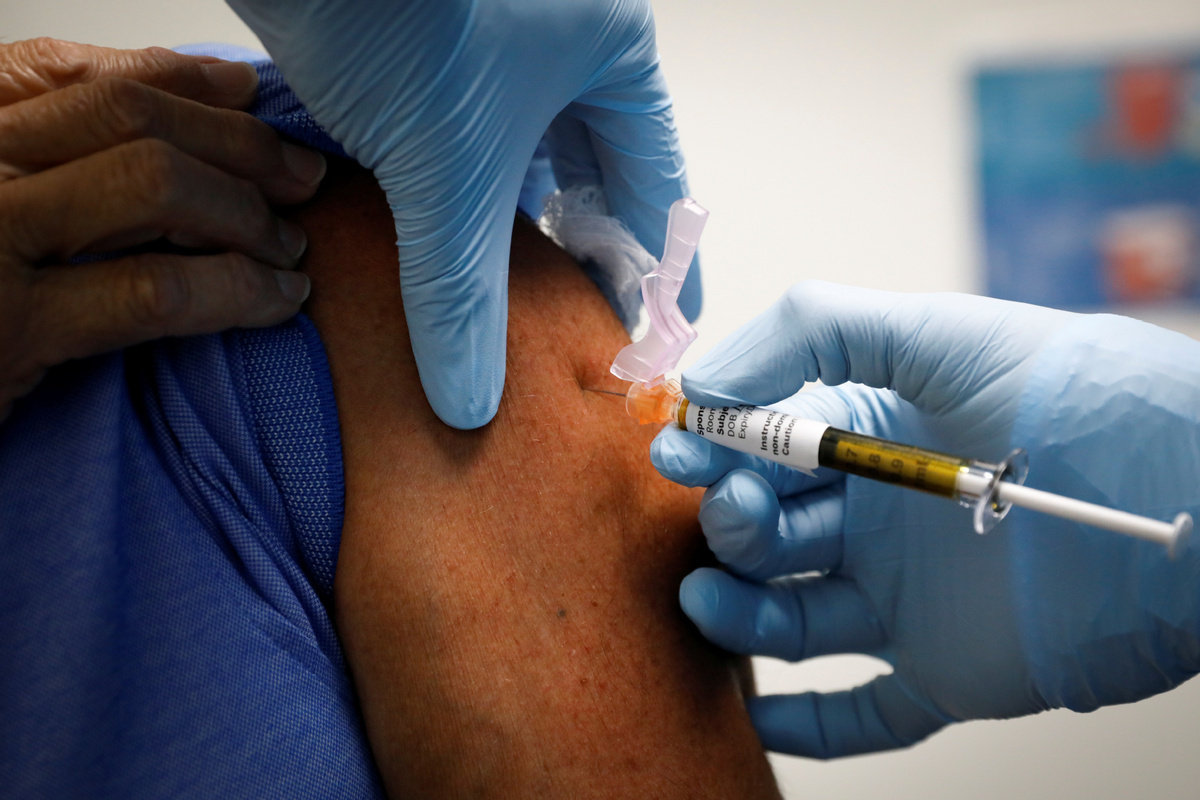 A volunteer is injected with a vaccine as he participates in a coronavirus disease (COVID-19) vaccination study at the Research Centers of America, in Hollywood, Florida, US, Sept 24, 2020. (Photo: Agencies)

New York Governor Andrew Cuomo announced Thursday that his state will conduct its own review of the safety and effectiveness of any novel coronavirus vaccines approved by the US Food and Drug Administration (FDA) before recommending them to New Yorkers, adding that he fears the White House could strong-arm the FDA into using insufficiently rigorous standards to approve vaccines.

Cuomo is ordering the secondary review so he can "look at the camera and tell New Yorkers that "it is safe to take".

Cuomo announced the appointment of a 16-person vaccine distribution and implementation task force, led by the state health department.

He said the task force would first study the efficacy of the vaccine and then administer the state's eventual distribution of the drug.

His announcement follows Trump saying Wednesday that the White House "may or may not" approve new FDA guidelines that would toughen the process for approving a vaccine to prevent COVID-19. Trump suggested the FDA's plan "sounds like a political move".

On Thursday, FDA Commissioner Dr Stephen Hahn declined to comment on Trump's statements that the White House could override the agency if it implemented tougher standards. The new guidelines would allow additional time to evaluate a vaccine's safety and perhaps push emergency authorization of a vaccine past Election Day.

In explaining his reasoning, Trump said, "I have tremendous trust in these massive companies. ... When they come back and they say that we have something that works and absolutely works, and they're coming back with great numbers and statistics and tests … I don't see any reason why it should be delayed further. Because if they delay it a week or two weeks or three weeks, that's a lot of lives you're talking about."

Last week, Democratic presidential nominee Joe Biden accused Trump of trying to speed up the approval of a vaccine to help him win re-election.

If the state panel determines a vaccine is safe, Cuomo said the committee will determine how to purchase, store and distribute the drug to the state's 19.5 million residents. Cuomo said the plan would focus on prioritizing who gets the vaccine first, establishing a wide-scale distribution network, tracking who has been vaccinated and launching a massive public education campaign.

On Thursday, an ensemble forecast published by the US Centers for Disease Control and Prevention (CDC) now projects there will be 214,000 to 226,000 COVID-19 deaths in the US by Oct 17.

As of Thursday, 202,563 people have a died from COVID-19 in the US, according to data compiled by Johns Hopkins University, and there have been close to 7 million confirmed US coronavirus cases.

The Metropolitan Opera in New York City will skip an entire season for the first time in its nearly 140-year history and intends to return from the pandemic layoff next September.

Met General Manager Peter Gelb said additional losses projected at $54 million raise the total for the company to $154 million since the pandemic started.