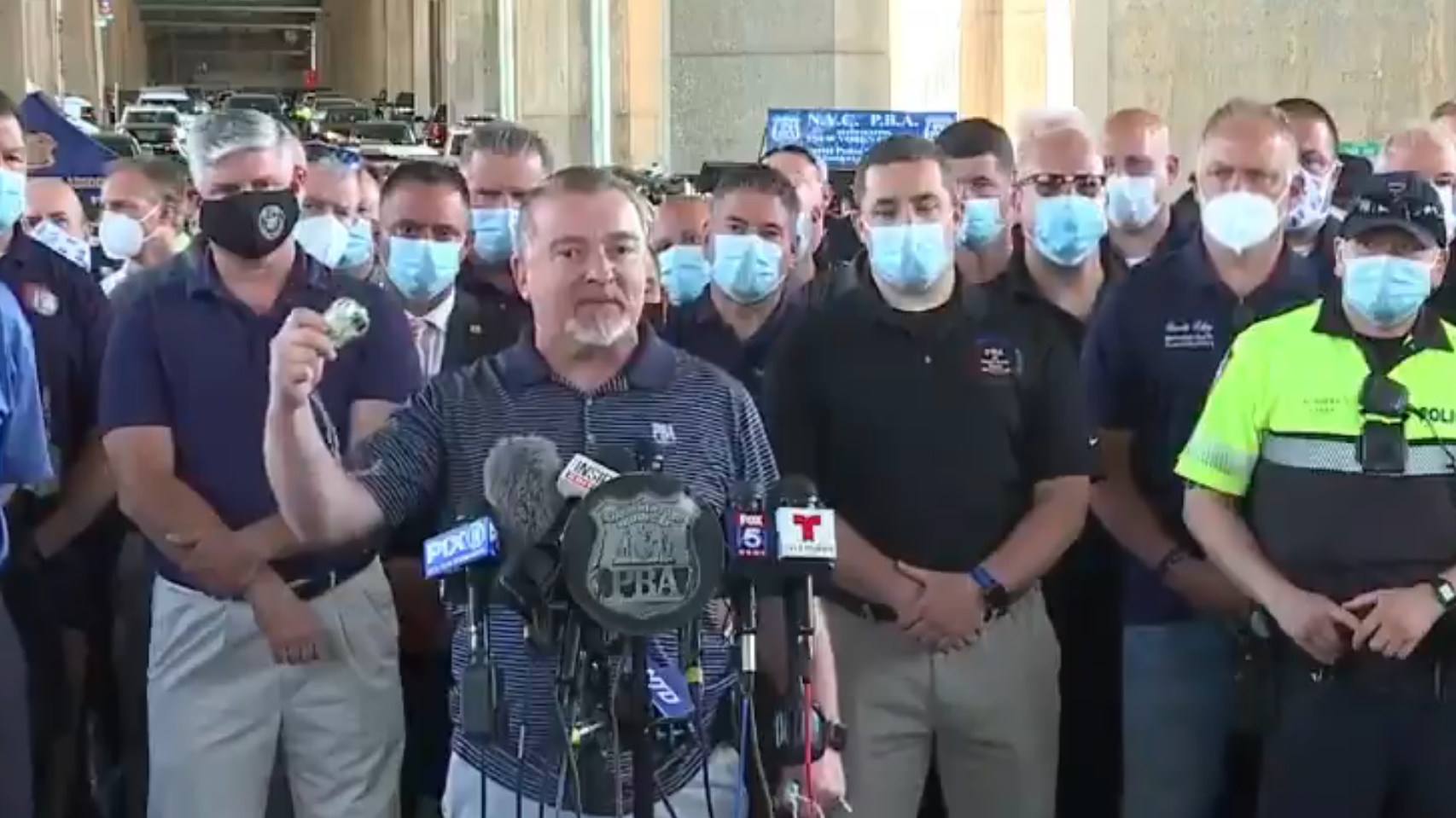 Mike O'Meara, president of the New York Association of Police Benevolent Associations slams politicians and the press treating them like "animals and thugs". (Photo: Youtube)

After weeks of rioting and with legislators promising police reform or abolition following George Floyd's death, New York police union head Mike O'Meara took a stand to slam lawmakers and the media for treating police like "animals" and "thugs" at a press conference in New York City on Tuesday.

Seethed at anti-police sentiment in politics and the media, O'Meara, president of the New York Association of Police Benevolent Associations, said "the legislators, the press, everybody's trying to shame us into being embarrassed about our profession."

"Stop treating us like animals and thugs, and start treating us with some respect…. We've been left out of the conversation, we've been vilified — it's disgusting," O'Meara blasted.

O'Meara condemned the killing of Floyd, calling Chauvin's actions "disgusting," and insisted that his department is "restrained."

"I am not Derek Chauvin; they are not him," O'Meara said while gesturing to officers gathered behind him. "He killed someone. We didn't."

The NYPD has faced challenges containing widespread rioting and looting in recent weeks. To pacify the anger of demonstrators, New York City Mayor Bill de Blasio announced on Sunday that the city government would slash some of the department's funding and divert to other programs. 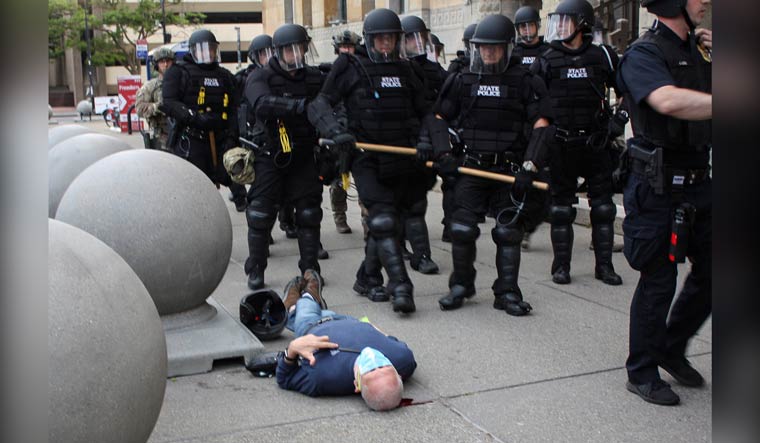 An elderly man lies on the ground after he was shoved by two police officers in Niagara Square in Buffalo, New York.  (Photo: CGTN)

Besides, New York Governor Andrew Cuomo has promised to sign a package of police reform laws this week. At the height of the rioting, he said, "The police in New York City were not effective at doing their job…."

NYPD chief Terence Monahan hit back at Cuomo's remarks the next day.

"I'm watching my men and women out there dealing with stuff that no cop should ever have to deal with, bricks, bottles, rocks, hit in the face with bottles and continuing to go forward to make an arrest," Monahan said. "For a governor to be sitting in his office saying that we're not doing a good job, I'm outraged."

Though O'Meara didn't mention any specific name in his speech, his disappointment and passion towards legislators were tangible. Holding up his police badge, he said that 375 million interactions between the public and the police each year are "overwhelmingly positive," excoriating the reports he read all week that in the black community mothers are worried about their children getting home from school without being killed by a cop.

"What world are we living in? That doesn't happen. It does not happen!" a frustrated O'Meara shouted.

Though O'Meara defended his police union, recent events haven't painted his profession in a flattering light. Earlier on Tuesday, an NYPD officer surrendered himself to face assault charges after he was caught on video shoving a female protester to the ground last month and verbally abusing her.

Additionally, a video in which a 75-year-old man fell to the ground and suffered a head injury after an interaction with two officers clearing the plaza outside City Hall went viral. The incident in Buffalo on Friday lead to second degree assault charges of the two police officers at the weekend.