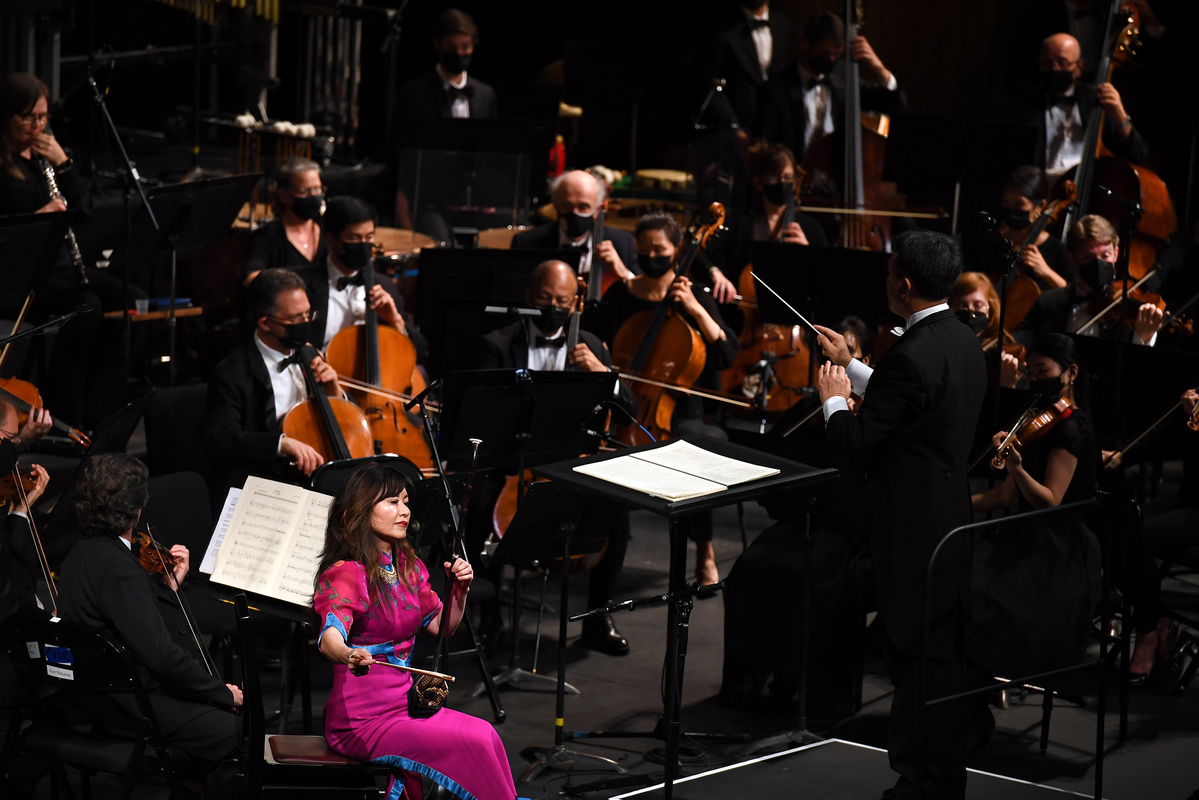 A concert that resonated with connections between East and West inspired musicians and the audience at Lincoln Center on Saturday night.

"If the concert tonight can be illustrated as a picture, then this picture is from the Appalachian Mountains to the Great Wall. Through this picture, everyone can feel the connections between cultures," conductor Cai told China Daily.

"Music in indeed a very good art form to communicate. Putting aside some politics, economy and idealism, communication between people is the most important. And music is the best way to communicate," he added.

The concert, which included performances by many American musicians, provided them with the opportunity to get to know Chinese traditional music, Cai said.

By performing Chinese traditional music, those musicians will probably like it, and then they will try to interpret it by themselves, he said.

"During our rehearsals, I already heard someone said, 'Whoa, Chinese traditional music is so beautiful,'" Cai said.

Many American audience members Saturday said they were impressed by how different Chinese traditional music is.

"It's very different from Western music, absolutely. Especially when you listen to how the soloists play; you can hear a lot of different inflections and styles of playing that are not traditionally done in Western music, which I thought is really interesting," audience member Wesley Michalski told China Daily.

Shenghua Hu, the violinist who played the Butterfly Lovers violin concerto, said he felt very proud to play Easter music in the Lincoln Center for the Performing Arts, an iconic venue in New York City and one of the world's leading performing arts centers. It is a kind of patriotism, he said.

"Music is the universal language of mankind. Music helps peoples and nations communicate through means that are more efficient than words because it touches the core of humanity by awakening empathy and compassion," Hu told China Daily.

Holly Flack, a coloratura soprano who sang three songs with lyrics derived from Chinese ancient poems Night by the Maple Bridge, Singing of Goose and Song of Snow, said the concert brought hope to people in China and the US, as the world is still battling COVID-19.

"The concert is very reflective of hope. Everybody everywhere went through an unquestionably difficult time that was very unprecedented. But it's like the crocus coming up for spring out of the snowy winter; we can come back slowly as long as we all cooperate together, and music itself is universal," Flack told China Daily.