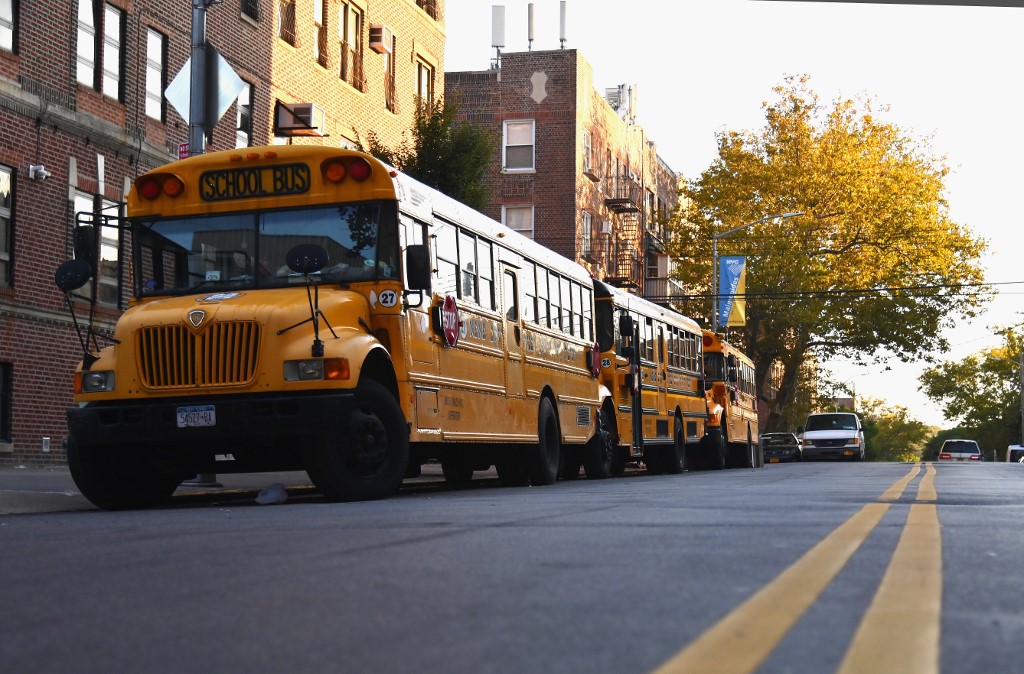 "Reopening our @NYCSchools buildings is paramount to recovering from #COVID19. Today we can announce that we plan to reopen buildings for: 3-K, Pre-K and grades K-5 on Monday, December 7; District 75 schools at all grade levels on Thursday, December 10," the mayor tweeted.

"Upon reopening, weekly #COVID19 testing will be in effect and testing consent forms will be required for our students to return," he said.

"Finally, as we reopen, wherever possible we will move to 5 day a week in-person learning. We want our kids in the classroom for as much time as possible. Our families do, too," he added.

Middle and high schools would remain closed, said the mayor, signalling that he would overhaul how the city manages schools during the pandemic, which has forced millions of children in the United States out of schools and is widely perceived to have done significant damage to their education and mental health.

Meanwhile, according to de Blasio, the city would abandon a 3 percent test positivity threshold that it had adopted for closing the school system, the largest in the country, with 1.1 million children.

The system would aim to give most parents the option of sending their children to school five days a week, which would effectively end the so-called hybrid learning system, he added.

"Whatever happens ahead, we want this to be the plan going forward," the mayor told a news conference. "We know what we didn't know over the summer, we know what works from actual experience."

The announcement came as an abrupt shift of policy "in the face of widespread criticism that officials were placing more of a priority on economic activities like indoor dining than the well-being of New York City's children," reported The New York Times.

"Starting in the summer, de Blasio sought to make New York the first big city in the country to fully reopen its public school system," said the paper. "After a series of logistical and political problems forced the mayor to twice delay the start of in-person classes, the city welcomed hundreds of thousands of children back into classrooms about two months ago."

But less than eight weeks after school buildings reopened, the mayor on Nov. 18 again shut down schools as a second wave of the outbreak threatened the city and the city's coronavirus infection rate on 7-day average topped 3 percent, it added. What should be noticed is that the rate has remained above 3 percent ever since.

As of Saturday evening, the coronavirus deaths added up to 24,260 and the confirmed cases to 307,181 in New York City, according to The City, a project that tracks the spread of confirmed COVID-19 infections and fatalities in New York City, based on information provided by the New York City Department of Health and Mental Hygiene, the governor's office, The COVID Tracking Project and the Center for Systeahoma Governor Kevin Stitt.