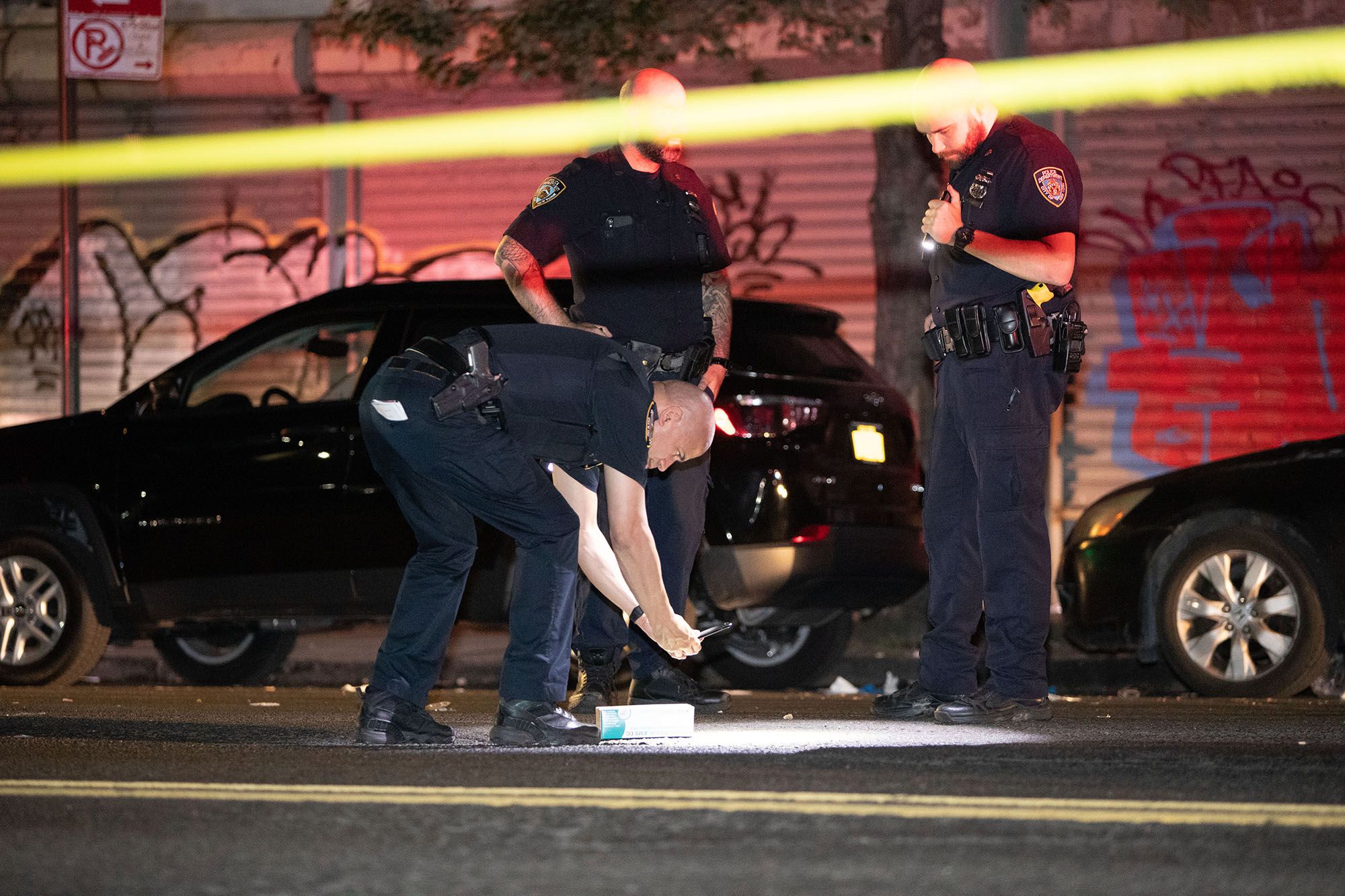 NEW YORK, Jan. 1 (Xinhua) -- There was a 97 percent jump in the number of shootings and a nearly 45 percent surge in murders, including 15 weeks straight of gunfire, as COVID-19 ravaged New York City in 2020, according to the latest statistics from the New York Police Department (NYPD).

The NYPD responded to 1,531 shooting incidents across the city's five boroughs in 2020, 754 more than the all of 2019, according to official sources. The NYPD Detective Bureau investigated 462 killings around the city in 2020, 143 more than the year before.

There had not been such alarming violence since 2006, when 1,565 shootings were reported, Police Commissioner Dermot Shea was quoted by the New York Daily News as saying.

At the other end of the painful tally, there were decreases in rapes, robberies and assaults, although the statistics showed jumps in burglaries and car thefts, officials said.

Overall crime went down, if only slightly, by 0.9 percent. As of Dec. 27, 94,314 felony crimes were reported in the city, 845 less than the year before, according to the NYPD statistics released late Thursday.

Local media reports had attributed to the fierce tide of crime to the rampant COVID-19 pandemic and a lowered morale among the police force over a relentless cut of their annual budget for 2021.

As of Thursday afternoon, the coronavirus deaths added up to 25,144 and confirmed cases to 426,060 in NYC, according to The City, a project that tracks the spread of confirmed COVID-19 infections and fatalities in New York City, based on information provided by the New York City Department of Health and Mental Hygiene, the governor's office, The COVID Tracking Project and the Center for Systems Science and Engineering at Johns Hopkins University.