NYC taxi drivers camp it up in playful pinup calendar 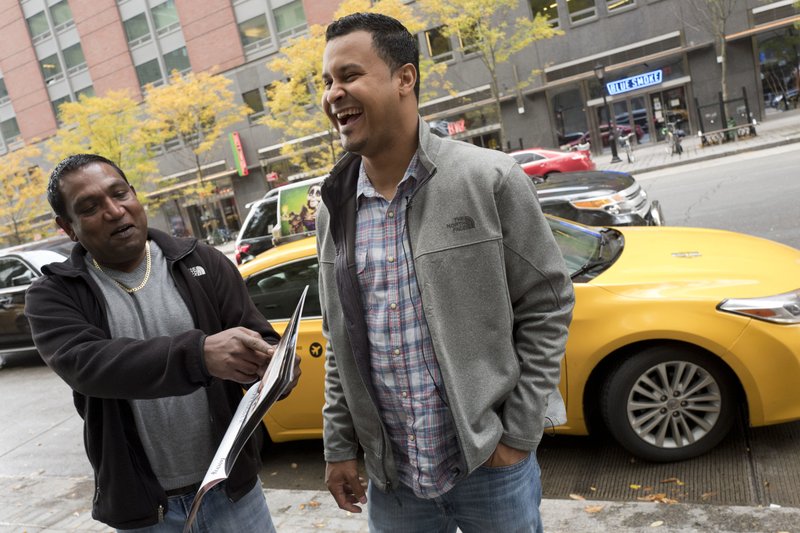 New York City cabbies have been called a lot of things over the years ... courteous, reckless, sometimes rude. But sexy?

That’s the tongue-in-cheek goal of a quirky pinup calendar featuring a dozen New York City taxi drivers smirking and smoldering in provocative poses in and around their yellow cabs.

The NYC Taxi Drivers Calendar was the brainchild of Phil and Shannon Kirkman, a husband-and-wife team who thought it was high time cabbies stepped out from behind the wheel and enjoyed a little of the attention that firefighters and others have gotten from their steamy calendars.

“No. 1, you rarely see the driver,” Phil Kirkman says. “You get in a cab and they’re facing forward and that’s sort of your experience with the driver. And we saw that as an opportunity to shine a positive light on them and the industry that they work in.”

A portion of the proceeds from sales of the $14.99 calendar benefits University Settlement, a charity that helps low-income New York City immigrants. That five-year partnership, which has so far raised more than $60,000, makes sense, Kirkman says, because the great majority of taxi drivers are immigrants.

Eleven men and one woman camp it up in the 2018 taxi calendar. A shirtless driver in Chippendales-style bowtie and shirt cuffs leans against a vintage Checker cab. Another driver, also shirtless, licks icing from a cake with his picture on it.

Terry Samlall, Mr. November, is pictured draping his left hand over the steering wheel as a female passenger reaches from the back seat to tuck a $100 bill into his mesh T-shirt. The 46-year-old Samlall says, unfortunately, he doesn’t get tips that big in real life.

Luis Marte is appearing in the calendar for the second straight year. After he posed last year on the cover of the calendar with his shirt unbuttoned, women he didn’t know sent him Facebook messages.

“My wife was having none of it,” says the 34-year-old Marte.