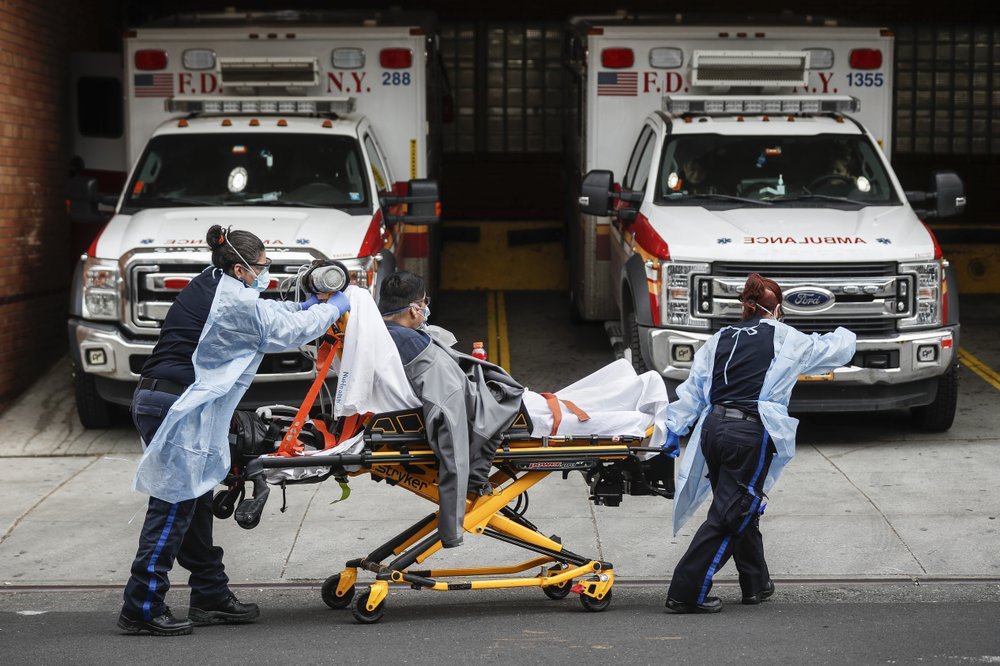 New York City’s death toll from the coronavirus eclipsed the number of those killed at the World Trade Center on 9/11, health officials said Tuesday. In Britain, Prime Minister Boris Johnson lay in intensive care with the virus.

At least 3,202 people have died in New York from COVID-19, according to the count released by the city. The deadliest terror attack on U.S. soil killed 2,753 people in the city and 2,977 overall, when hijacked planes slammed into the twin towers, the Pentagon and a Pennsylvania field on Sept. 11, 2001.

But in an encouraging sign, Cuomo reported that hospital admissions and the number of those receiving breathing tubes are dropping, indicating that measures taken to force people to keep their distance from one another are succeeding.

And alarming as the one-day increase in deaths might sound, the governor said that’s a “lagging indicator,” reflecting severely ill people who had been hospitalized before this week. Over the past several days, in fact, the number of deaths in New York appeared to be leveling off.

Across the U.S., the death toll neared 12,000, with around 380,000 confirmed infections. Some of the deadliest hot spots included Detroit, New Orleans and the New York metropolitan area, which includes parts of Long Island, New Jersey and Connecticut.