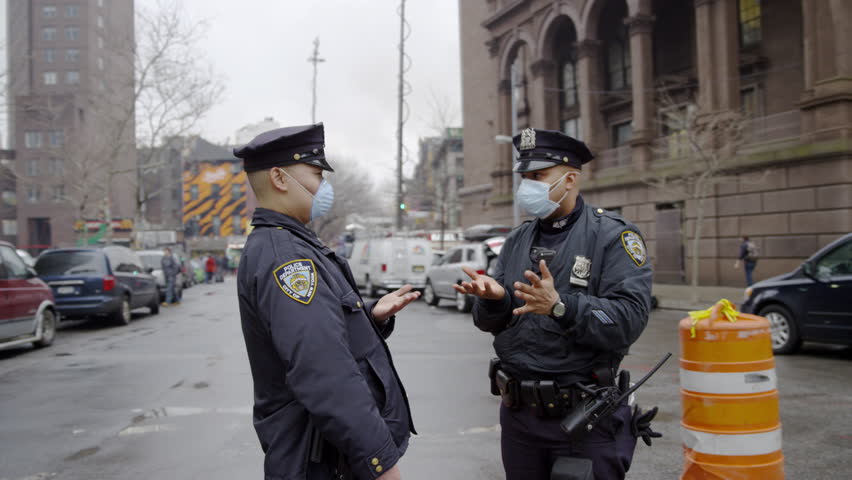 NEW YORK, Oct. 4 (Xinhua) -- Police officers who ignore the New York state mask mandate will face "disciplinary action," according to a memo sent to all officers of the New York City Police Department (NYPD) prior to this weekend.

In the memo, all members of the NYPD were told that "they are required to wear face coverings at all times when performing duties in public areas and Department facilities and whenever social distancing is not possible."

"Failure to comply with the above listed guidelines, or other appropriate posted signage, will result in disciplinary action," it said, adding that supervisors will be monitoring officer compliance, and the only time officers should not wear a face covering is when they are eating or drinking.

The memo was not from Police Commissioner Dermot Shea but from the NYPD's Personnel and Human Resources Division.

The austere warning is widely seen as coming under pressure from the public and lawmakers and months of city officials downplaying the issue.

Before the memo was sent, state Senator Brad Hoylman and Governor Andrew Cuomo had called out the police force for setting a bad example over the observance of the mask wearing mandate.

Meanwhile, the public have complained for months about cops not following the New York governor's executive order mandating face coverings when social distancing is not guaranteed.

There even came the NYPD Mask Watch project which is using data science and a scrappy team of photographers to find and name officers who have shunned face masks -- in spite of NYC Health Department guidance -- at recent protests and other events.

According to the Center for Systems Science and Engineering at Johns Hopkins University, the U.S. coronavirus death toll is approaching 210,000 as of Sunday afternoon, and New York remains one of the worst-hit states in the country.