NYPD plans to beef up security at polling stations on Election Day: media 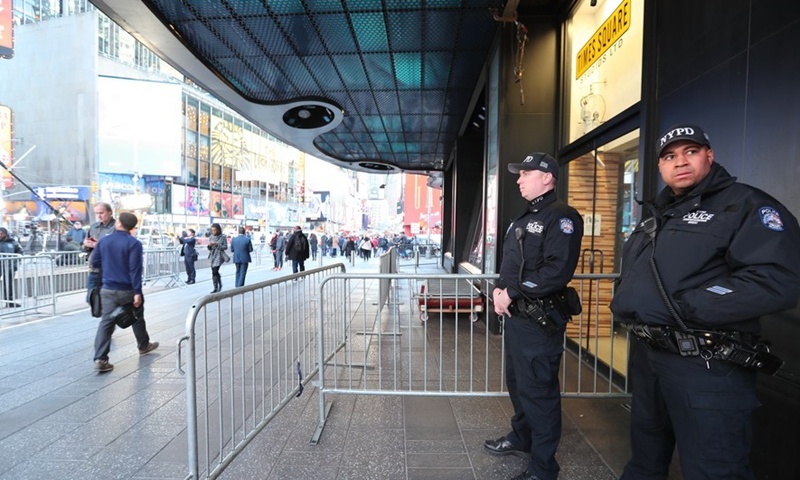 Police stand guard at the Times Square in New York, the United States, Nov. 7, 2016. The U.S. general election will be held on Nov 8. (Photos:Xinhua)

The New York Police Department (NYPD) has unveiled its plans for security and possible protests at voting sites ahead of Election Day, The Wall Street Journal reported Wednesday.

NYPD Chief of Department Terence Monahan said at a press conference on Tuesday that the department is devoting more resources to the election this year than in previous years because of the nature of the current presidential race, according to the report. 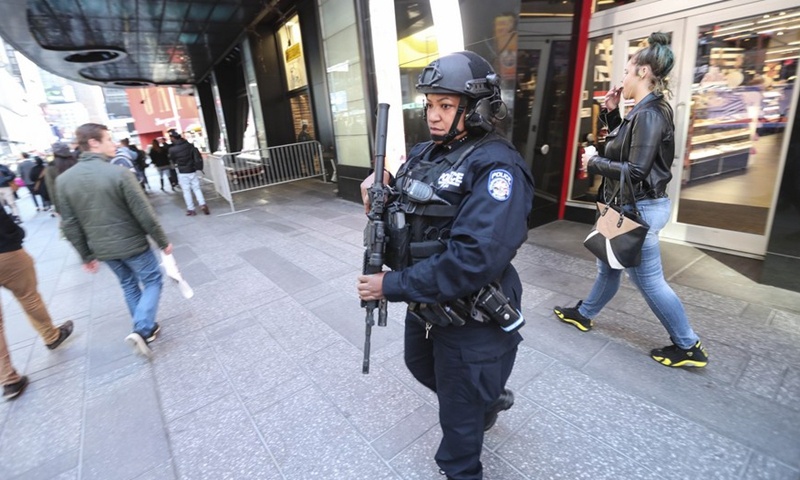 Police patrols at the Times Square in New York, the United States, Nov. 7, 2016. The U.S. general election will be held on Nov 8.

Officers would be dispatched to monitor 1,201 polling stations around the city on Nov. 3, including 708 public schools and new polling sites at Madison Square Garden and Lincoln Center in Manhattan, and Barclays Center in Brooklyn, officials were quoted as saying.

Monahan said no permits have been issued for demonstrations on Election Day or the following days, according to the report.