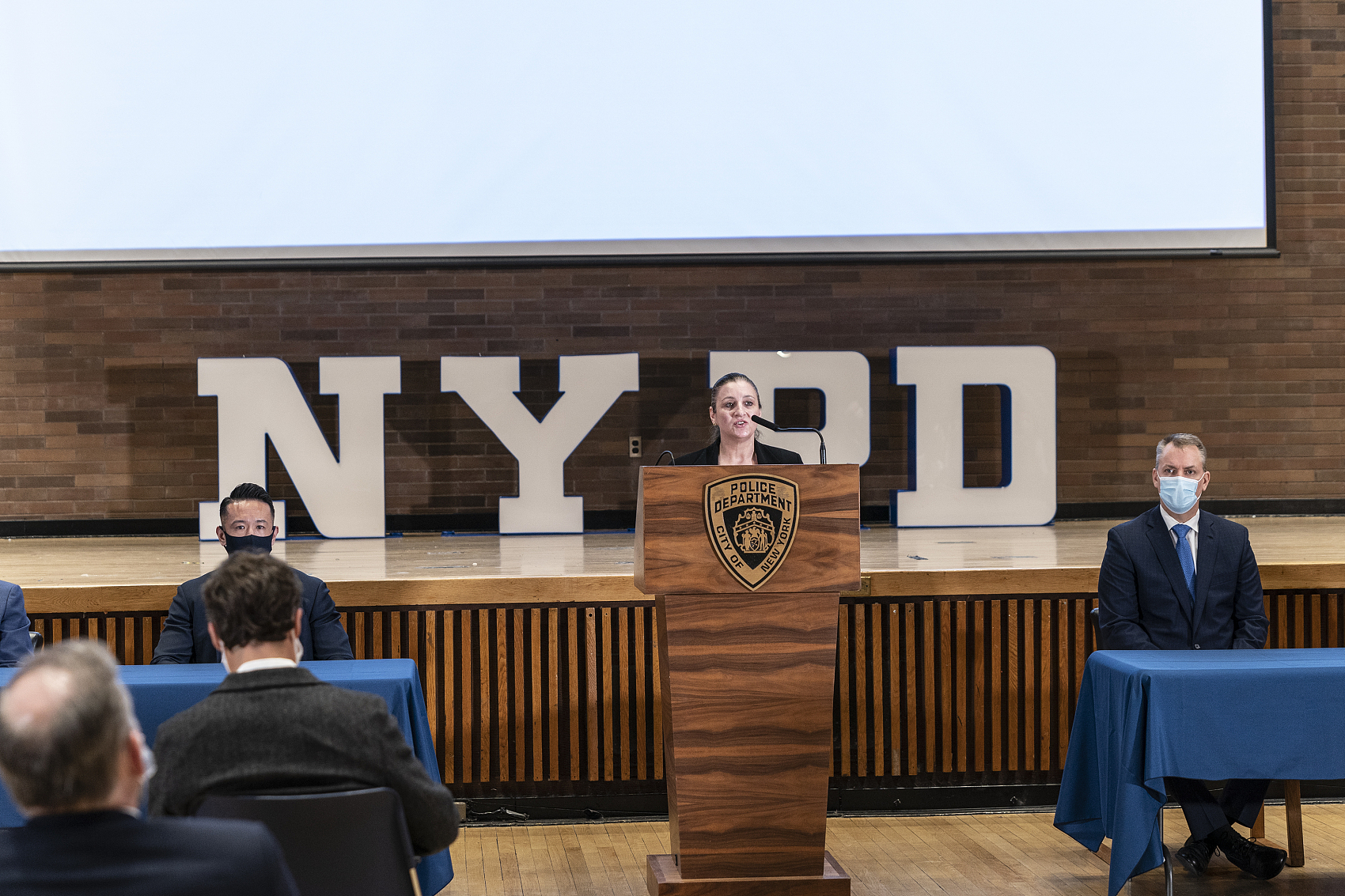 Plainclothes NYPD officers of Asian descent will be deployed in the city's public spaces to identify perpetrators of hate crimes and to discourage anti-Asian violence, NYPD Commissioner Dermot Shea was quoted by The Wall Street Journal as saying.

The department would also refer all unprovoked attacks on Asians in the city for investigation as possible hate crimes, police officials said. A crime designated as a hate crime carries a heavier penalty than a similar act without the designation, the report said.

New York City has experienced an increase in hate crimes against Asians since the start of the COVID-19 pandemic, according to NYPD statistics.

For 2020, the NYPD recorded 28 hate crimes against Asians, up from three in 2019. Asians were targeted in 28 hate crimes from Jan. 1 through March 25 this year, compared with seven such crimes in the same period last year, according to the NYPD.

While the number of hate crimes counted by the NYPD is relatively small compared with other crimes, officials believe hate crimes are underreported.

"Like much of America we've seen a disturbing spike in hate crimes targeting Asian-Americans in New York City," Shea said.

NYPD officials said the types of hate crimes committed against Asians in the city have included assaults and harassment. The officials said motives for the crimes have varied, but suspects in several instances have been people experiencing homelessness or mental-health issues.

Other US cities, such as Los Angeles and Oakland, California, have also seen a rise in hate crimes targeting Asians, prompting people to form volunteer patrols in some communities. A series of shootings at spas in the Atlanta area on March 16 claimed the lives of eight people, six of whom were women of Asian descent.