NEW YORK, Oct. 25 (Xinhua) -- New York State Governor Andrew Cuomo said on Sunday that COVID-19 can be defeated, while questioning the White House's inaction as its Chief of Staff Mark Meadows said that the country is "not going to control the pandemic." 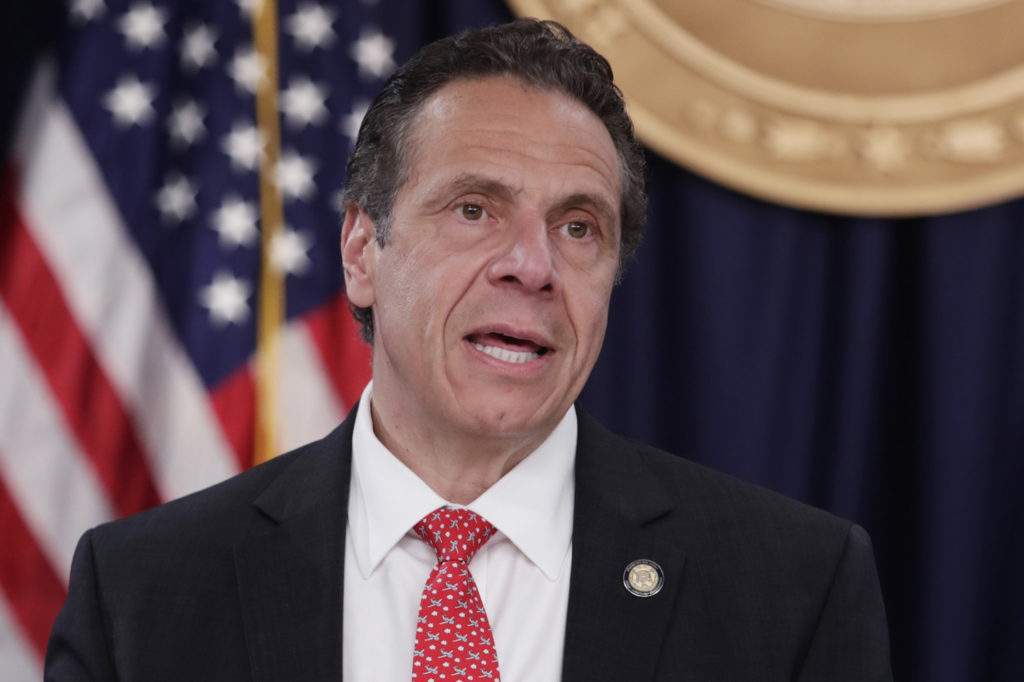 "Americans don't surrender. And they didn't even put up a fight and what we learned in New York was if you put up a fight you would have won because New York won. Other states won also," the governor was quoted as saying in a government release.
"In NY, we proved that we CAN control this virus," the governor tweeted.
Meadows said Sunday morning during a contentious interview with Jake Tapper on CNN's "State of the Union," "We're not going to control the pandemic. We are going to control the fact that we get vaccines, therapeutics and other mitigation areas."
"Why aren't we going to get control of the pandemic?" Tapper asked. "Because it is a contagious virus just like the flu," answered Meadows.
The White House has "believed from the beginning that they can't control the virus. That's the only rationale that explains the denial and the lying. If you believed you could control it, then you'd try to control it; if you don't believe you can control it, then you lie about it and deny it and you minimize it. They surrendered without firing a shot. It was the great American surrender," said Cuomo.
"If New York didn't control the virus, then the curve would have continued to go up and we would have had hundreds of thousands of people in our hospital system and we would have been overwhelmed. Flattening the curve is controlling the virus, right, by definition, friends President Trump, Commander-in-Chief, gets attacked by an enemy and his policy: preemptive capitulation. That's what they did and now we had 217,000 people dead because of preemptive capitulation," added the governor.
Cuomo also said on Sunday that the COVID-19 test positivity rates in New York's hot spots like Brooklyn, Rockland and Orange counties were all down this week, an attestment to the success of the state's strategy to target micro clusters to control the pandemic's spread in advance.
More than a half million lives could be lost to COVID-19 across the United States by the end of February, said researchers at the University of Washington's Institute for Health Metrics and Evaluation in a study published in the Nature Medicine journal on Friday.
The prediction came a day after U.S. President Donald Trump said the coronavirus was "going away" in his election debate with Joe Biden, the Democratic presidential nominee who warned of a "dark winter" and encouraged mask-wearing.
As of Sunday afternoon, the Center for Systems Science and Engineering at Johns Hopkins University reported 225,111 coronavirus deaths and over 8.6 million confirmed cases in the United States over the past seven months, both the worst in the world.