The Los Angeles city council approved to rename a street as Obama Boulevard to honour the former US President.

Los Angeles Mayor Eric Garcetti tweeted Tuesday night that a 3.5-mile (5.9 kilometers) stretch of Rodeo Road in southwest Los Angeles will be renamed Obama Boulevard, where the first Africa-American president in the US history held a campaign rally when he was running for the White House in 2007. 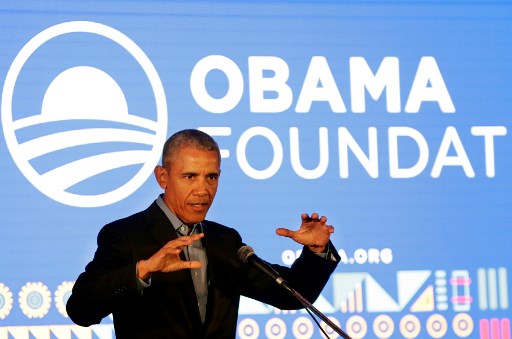 "It's official: our City Council has voted to rename Rodeo Road to Obama Boulevard!" Garcetti wrote, "We're thrilled that Angelenos and visitors will forever be reminded of the legacy of President Barack Obama when traveling across LA."

According to City News Service, a local online news provider, the city council unanimously approved the tribute on Tuesday, which was raised by Council President Herb Wesson.

The street is in Wesson's council district. His promoted his district to be "president's row," a series of streets named after former presidents which includes Washington, Adams and Jefferson boulevards.

Top image: Former US President Barack Obama speaks during a town hall meeting for the Obama Foundation at the African Leadership Academy in Johannesburg on July 18, 2018. (AFP Photo)