Obama criticizes Trump for trying to discourage people from voting 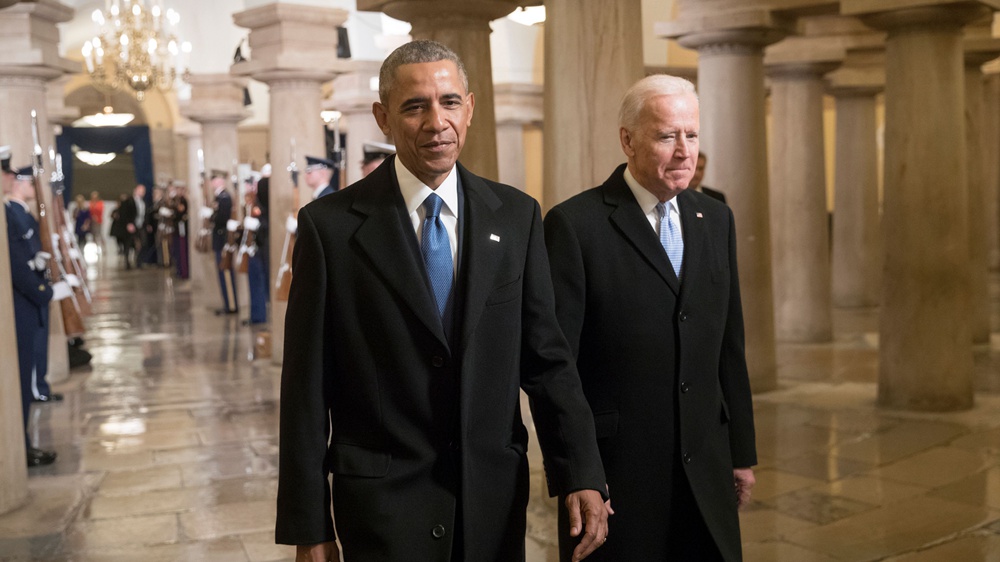 Then US President Barack Obama (L) and Vice President Joe Biden walk through the Crypt of the Capitol for Donald Trump's inauguration ceremony in Washington, U.S., January 20, 2017. (File photo: CGTN)

Former U.S. President Barack Obama on Friday criticized President Donald Trump for "trying to discourage people from voting" in the presidential election in November, as Trump attempts to "kneecap" the U.S. Postal Service.

"What we've seen, in a way that is unique to modern political history, is a president who is explicit in trying to discourage people from voting," Obama said. "What we've never seen before is a president say, 'I'm going to try to actively kneecap the Postal Service to [discourage] voting and I will be explicit about the reason I'm doing it.'"

Trump, who has repeatedly claimed that wider mail-in voting would lead to voter fraud without presenting evidence, said on Thursday that he opposes giving additional funding to the Postal Service as demanded by leaders of the Democratic Party.

Democrats "want 3.5 billion dollars for something that will turn out to be fraudulent, that's election money, basically ... [And] they want 25 billion dollars – billion – for the Post Office," the Republican president said in an interview with Fox Business Network's Maria Bartiromo. 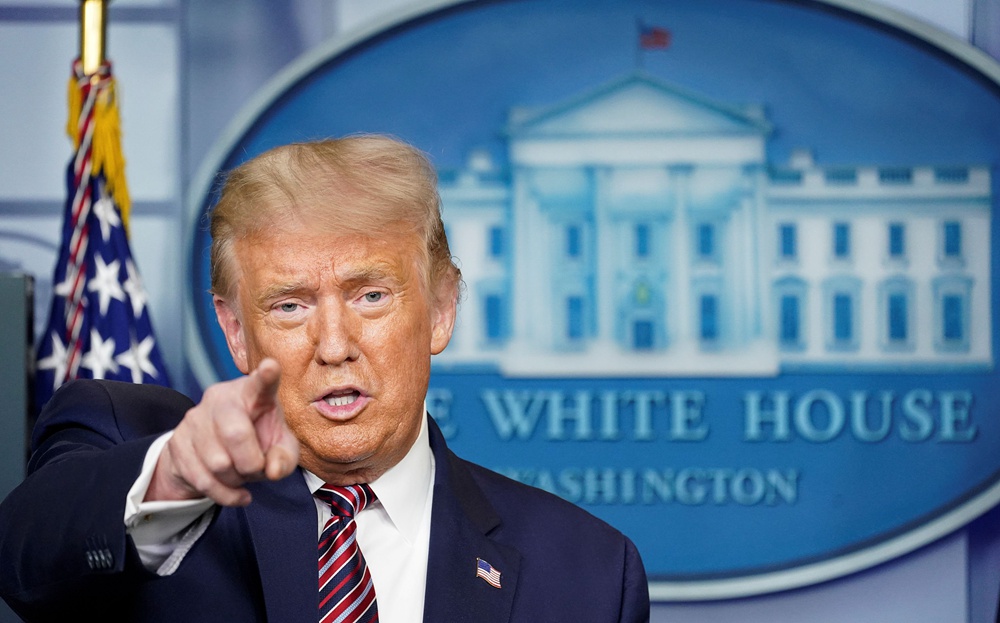 Republican Senator Mitt Romney on Friday cast doubt on Trump's claim that vote by mail would be vulnerable to fraud.
"I don't know of any evidence that voting by mail would increase voter fraud," Romney said during an online interview with think tank Sutherland Institute.
"I've heard some people say they think that the reason the president doesn't want people to vote by mail is that polls show that people who want to vote by mail tend to vote for Vice President Biden. People who tend to want to vote in-person tend to want to vote for President Trump," he said. "So this is a political calculation. But my own view is we want people to vote."
Romney also criticized the Trump administration's "very, very disappointing" response to the coronavirus.
"From the outset, there was a tendency on the part of the administration to dismiss COVID-19 as a threat, not to consider how serious it could become, and there was not immediate action to, if you will, ring all the alarm bells," Romney said.

The number of confirmed COVID-19 cases in the United States has surpassed 5.3 million and more than 169,000 people have died, according to data released by Johns Hopkins University. Both numbers are the highest among countries in the world.
Joe Biden, the presumptive Democratic nominee in the November 3 election, has expanded his lead to double-digits against Trump, an NPR/PBS NewsHour/Marist poll shows, the NPR reported on Friday. Biden now leads Trump 53 percent to 42 percent, up from an eight-point advantage at the end of June.