WORLD Obama to campaign for congressional candidates in California

Obama to campaign for congressional candidates in California 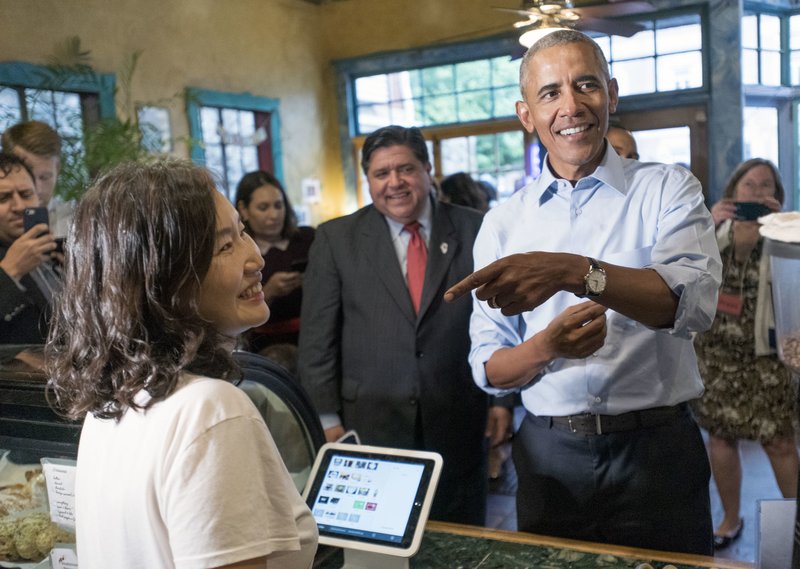 Barack Obama is jumping back into campaign-mode with a visit to a once-solid Republican stronghold in California, promoting Democratic congressional candidates and reminding voters of the stakes in the November elections.

His appearance Saturday in Orange County comes on the heels of his strongly worded critique of his successor in the White House, saying President Donald Trump was “capitalizing on resentments that politicians have been fanning for years.”

Obama was to share billing with seven Democratic candidates in competitive U.S. House districts across California that are considered crucial to the party’s efforts to oust Republicans from control. Four of those districts are at least partly in Orange County, a formerly reliable GOP area that went for Hillary Clinton in the 2016 presidential election.

In Obama’s comments Friday in a speech in Illinois, he noted the history of former presidents avoiding the rough and tumble of politics after leaving office. He acknowledged that his remarks were something of a departure from tradition but said the political moment required a pushback and he called for better discourse.

It was the kind of message he was expected to deliver both in California and then in Cleveland Thursday, when he campaigns on behalf of Richard Cordray, the Democratic nominee for Ohio governor, and other Democrats.

Clinton trounced Trump by more than 4 million votes in California in 2016 and carried Orange County by 9 percentage points. A surge in immigrants has transformed California and its voting patterns. The number of Hispanics, blacks and Asians combined has outnumbered whites in the state since 1998. Meanwhile, new voters, largely Latinos and Asians, lean Democratic.

In Orange County, Republicans held a 13-point edge in voter registration 10 years ago but that has shrunk to 3 points while independents, who tend to vote like Democrats in California, have climbed to 25 percent.

Democrats, hoping to build on its 39-14 advantage in the state’s congressional delegation, are eyeing Republican seats in districts that Clinton won in 2016.

They include an Orange County seat held by Rep. Mimi Walters, who is facing a stiff challenge from Katie Porter, a law professor at University of California at Irvine. Environmental lawyer Mike Levin is seeking an open seat to replace retiring GOP Rep. Darrell Issa in a district that includes part of Orange County.

Republican Rep. Dana Rohrabacher, whose district encompasses part of Orange County, is hoping to secure a 16th term in Congress despite barely winning 30 percent of the primary vote. He is being challenged from Democratic real estate investor Harley Rouda.

California Republicans said Obama’s appearance would have little impact and may even help their party.

"I wish he would come more often because he reminds Republicans of eight years of misery,”" said Republican National Committeeman Shawn Steel, who lives in Orange County. "It’s a good for the base. ... It reminds the Republicans why these midterms are important."