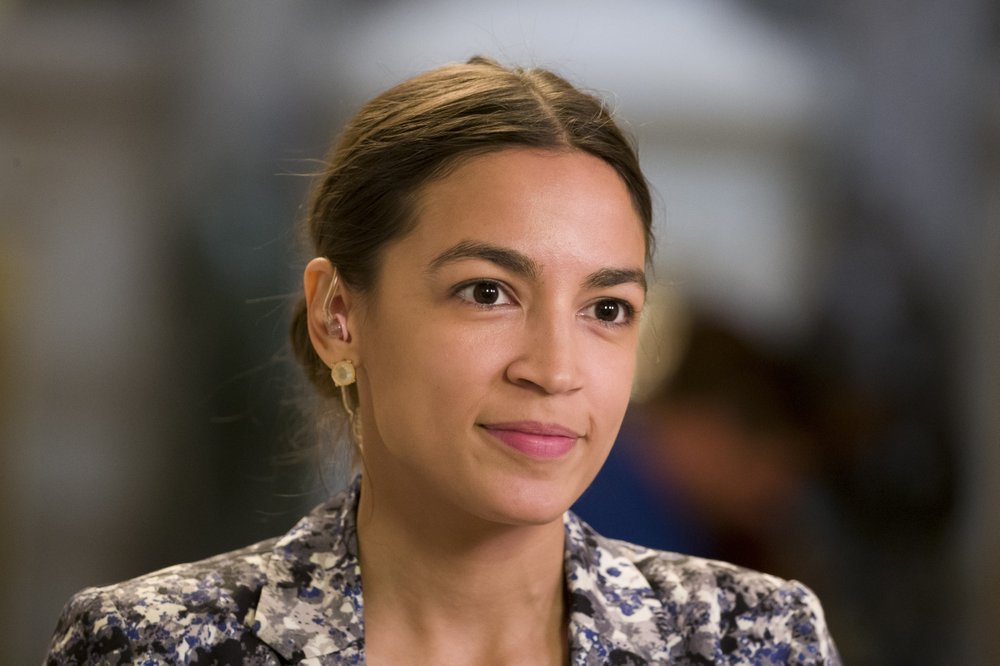 They don’t talk to each other much, House Speaker Nancy Pelosi and Rep. Alexandria Ocasio-Cortez. But they’re lately speaking at one another in a way that threatens party unity and underscores broader tensions reshaping the Democrats.

Their power struggle has spilled open in what could be a momentary blip or a foreshadowing of divisions to come.

It started with a rare public rebuke — Pelosi chiding AOC, as she’s called, in a newspaper interview; AOC responding pointedly on Twitter — that’s now challenging the House agenda and rippling into the 2020 presidential campaign. A new test will come this week on a must-pass defense bill that the White House on Tuesday threatened to veto.

At its core, the tension between the most powerful Democrat in the country and one of the party’s newest, most liberal members embodies a debate over how best, in style and substance, to defeat President Donald Trump. And both sides think they’re right.

For allies of the longtime California congresswoman, Pelosi’s off-handed dismissal of Ocasio-Cortez and the three other liberal freshmen House members who opposed a border security package last month was a necessary comeuppance for “the squad” of newcomers who are trying to push the party leftward.

“These people have their public whatever and their Twitter world,” Pelosi told The New York Times. “But they didn’t have any following.” In the speaker’s world, they lack what Pelosi often calls “the currency of the realm” — the power to turn their high-volume activism into a coalition of votes to pass legislation or, in their case, to stop it.

But for fans of Ocasio-Cortez, including some of the New York congresswoman’s millions of social media followers, Pelosi’s remarks were nothing short of a patronizing slap-back to four women of color who represent the future of the Democratic Party, a stark example of its generational and demographic transition. Their four lonely votes against the bill were a principled stand, with more to come.

The ability to channel the influence of the newcomers into the currency of Congress may determine whether the speaker, six months into her new majority, continues her steady leadership or loses her firm grip — especially with former special counsel Robert Mueller’s expected testimony next week in a high-stakes hearing amid rising calls for Trump’s impeachment.

“There’s an opportunity right now for House Democrats to lead the charge,” said Ezra Levin, the co-executive director of the liberal group Indivisible. In his living room, he said, is a framed 2010 newspaper clipping of Pelosi from her previous tenure as speaker, passing the Obama-era Affordable Care Act. “What we’re looking for is that decade-ago fighter Pelosi was.”

This week the differences could tumble into full view again as the House considers defense legislation that’s often rejected by liberals because of military funding. It’s a must-pass bill that Congress has approved essentially every year since World War II. But with the opportunity to divide Democrats, the White House issued a veto threat saying the funding levels are inadequate. That means Pelosi will be forced to muscle it through without much, if any, Republican support.

Fresh from the border funding fight, Ocasio-Cortez signaled a first salvo Tuesday, telling reporters that progressive lawmakers want to ensure the defense bill prevents Trump from sending any troops to the US-Mexico border.

Asked about Pelosi’s comments, Ocasio-Cortez said: “It was just kind of puzzling more than anything. It’s just, why? The idea that millions of people we represent matter less or don’t matter is a notion I disagree with.”

Lawmakers visiting border detention facilities over the past week have delivered grave reports of migrant children and families being held in dire conditions. Liberals say the border-funding battle was exactly the kind of fight the House should be waging against the Trump administration, especially after disclosures of border patrol officers joking about the migrants and deriding lawmakers on a private Facebook group.

When White House adviser Kellyanne Conway on Tuesday mocked the “Major Meow Mashup” and “catfight” between Pelosi and the foursome, several of them fired back.

“Remember that time your boss tore babies from their mothers’ arms and threw them in cages?” Rep. Ayanna Pressley, D-Mass., tweeted at Conway. “Yeah take a seat and keep my name out of your lying mouth.”

Behind the scenes, though, some on Capitol Hill were quietly appreciative of Pelosi’s tough-love approach to Ocasio-Cortez, Pressley, and Reps. Ilhan Omar, D-Minn., and Rashida Tlaib, D-Mich.

Lawmakers and freshmen from more centrist-leaning districts than those of the four, including regions Trump won in 2018, don’t want the House majority to be defined by the liberal flank as they face voters for reelection next year. They prefer the party hew to Pelosi’s center-left approach. In describing the sentiment among those from more centrist districts, a senior congressional aide said Pelosi emerged as a “super-hero.” The aide requested anonymity to describe the private discussions.

While those more moderate views may have helped Democrats win the majority, liberal activists fear they won’t necessarily motivate or energize the party ahead of the 2020 election.

Brian Fallon, a former top aide to Hillary Clinton and Sen. Chuck Schumer, D-N.Y., said Pelosi’s comments have riled the party’s left flank and activists question why she’s fighting with the newcomers when she should be confronting, if not impeaching, Trump.

“It’s not a good look,” Fallon said. Pelosi’s background runs strong in the liberal community, he said, so “it’s not enough to undo the relationship because she has deep ties, she knows how to count votes and is a bad ass.”

“But there is frustration,” he said.