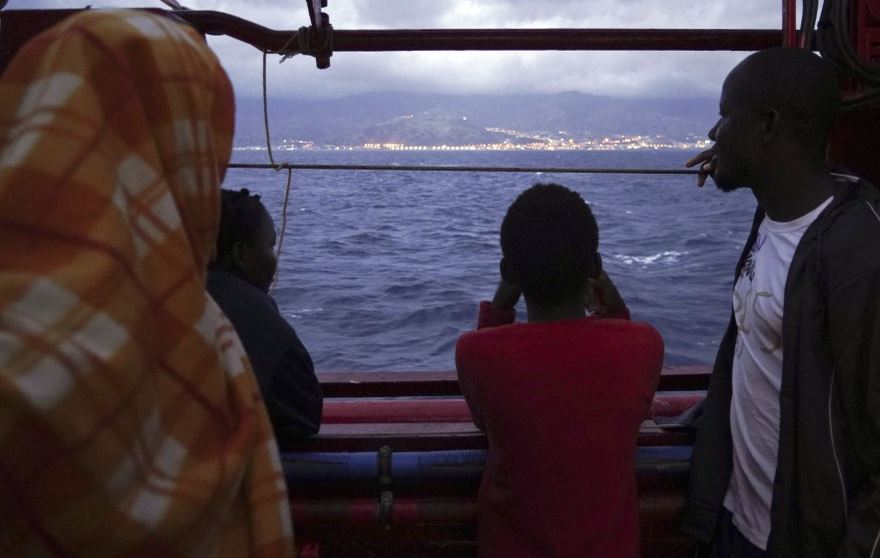 Migrants look at the Italian shoreline from aboard the Ocean Viking as it approaches the Sicilian port of Messina, southern Italy, Tuesday, Sept. 24, 2019. (Photo: AP)

A humanitarian ship has docked in Italy to disembark 182 men, women and children rescued in the Mediterranean Sea after fleeing Libya.

The Ocean Viking arrived in the Sicilian port of Messina with Italy’s permission on Tuesday morning. On land, police and the Red Cross waited for the migrants — who were picked up from three different boats on Sept. 17-18 — to step out.

Five European Union nations — France, Germany, Italy, Malta and Finland — agreed on Monday to a temporary arrangement to share out migrants rescued while trying to cross the sea from Libya in unseaworthy boats operated by human traffickers.

Officials, however, are pushing for a wider deal involving more EU countries.