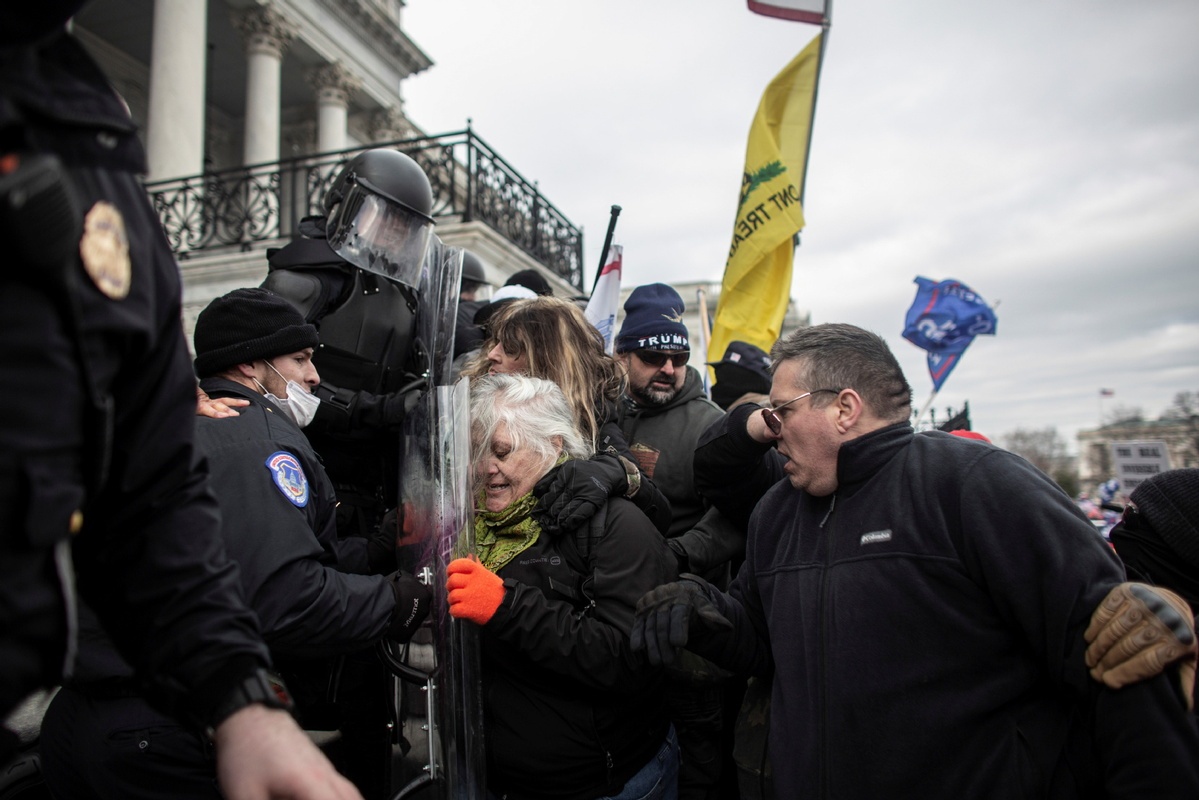 Pro-Trump protesters rally to contest the certification of the 2020 US presidential election results by the US Congress, at the US Capitol Building in Washington, Jan 6, 2021. (Photo: Agencies)

A US Capitol Police officer has died of injuries sustained during clashes with a protest of President Donald Trump's supporters who overran a session of Congress, police said late Thursday.

It was the first law enforcement death stemming from the violence at the Capitol on Wednesday which saw flag-waving crowds overwhelm police and break into the legislature.

Four protesters died, including a woman who was shot by police. Three other deaths were reported on the Capitol grounds, but the circumstances remained unclear.

Officer Brian Sicknick, a 12-year veteran of the force, was "responding to the protesters on Wednesday, January 6, 2021, at the US Capitol and was injured while physically engaging with protesters," Capitol Police said in a statement.

"He returned to his division office and collapsed. He was taken to a local hospital where he succumbed to his injuries" on Thursday night, it said.