The chairman of Indonesia's transportation safety agency has confirmed that a third pilot was in the cockpit as the flight crew struggled to keep the plane aloft during the next-to-last flight of a Lion Air Boeing 737 Max 8 that crashed on Oct. 29. 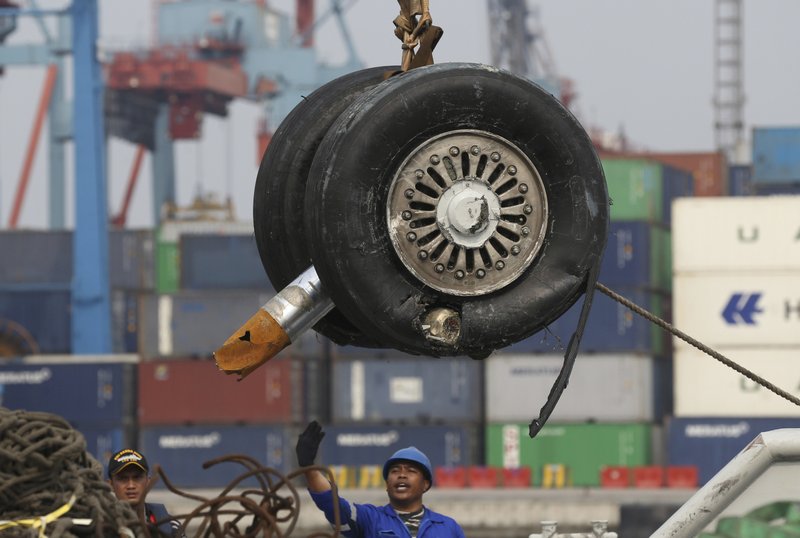 A crane moves a pair of wheels recovered from the Lion Air jet that crashed into the Java Sea for further investigation at Tanjung Priok Port in Jakarta, Indonesia, Nov. 3, 2018. (File photo: AP)

However, Soerjanto Tjahjono, chairman of the National Transportation Safety Committee, on Thursday disputed reports citing recordings of cockpit discussions during that flight.

The third pilot, qualified to fly Max 8s, was deadheading aboard the Oct. 28 flight from Bali's Denpasar airport to Jakarta when the jet encountered the same problems that appear to have caused it to crash a day later.

The three pilots managed to resolve the issues and safely reached Jakarta.