Official: Strict US border policy may remain as virus eases 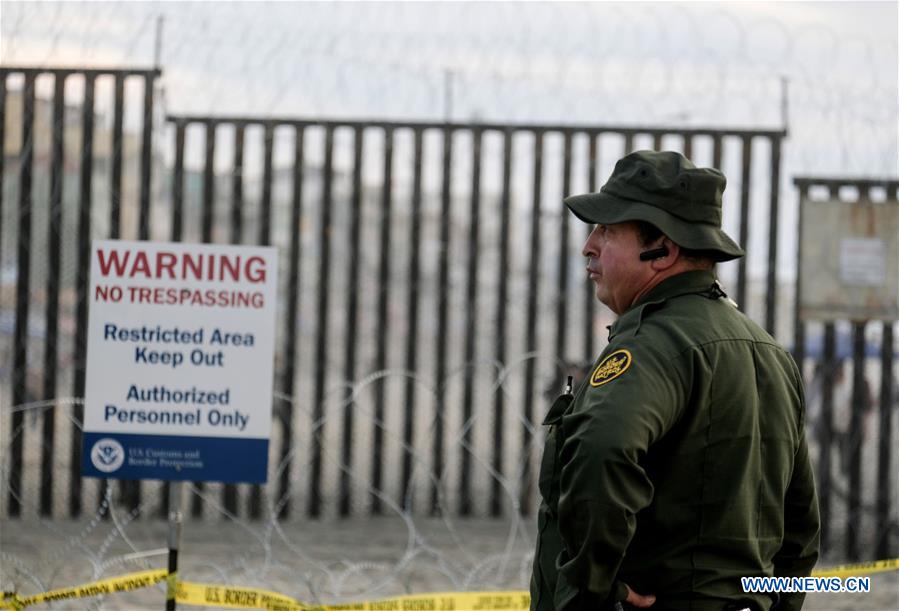 A US Border Patrol agent stands in front of the border fence that divides the US and Mexico in San Diego, California, the United States, Nov. 17, 2018. (Photo: AP)

The U.S, policy of quickly expelling migrants apprehended along the Mexican border may have to stay in place even after coronavirus quarantine restrictions ease around the country, a Trump administration official said Thursday.

Immigration advocates say the policy has deprived some people of the right to seek asylum. It is set to expire May 20, but the acting commissioner of US Customs and Border Protection, Mark Morgan, said it may need to be extended to protect public health.

Morgan said US health authorities should consider that the virus may not yet have peaked in Mexico and Central America, along with the potential for it to spread in Border Patrol detention facilities and beyond, before determining whether pre-outbreak enforcement can resume.

“Even if we talk about the United States opening up it’s a phased approach,” Morgan told reporters on a conference call to discuss statistics showing a steep drop in border apprehensions. “We’re not going to go zero to 60 and it’s going to go back to the way it was pre-COVID overnight.”

President Donald Trump has made reducing illegal immigration a signature issue. His opponents have accused him of using the pandemic as a pretext to adopt hard-line policies that appeal to his political base as he seeks a second term in the White House.

The president closed the borders with Mexico and Canada to all-but-essential traffic in March. He granted CBP the power to quickly expel migrants, citing the potential threat to public health, on March 21. He extended the executive order for 30 days last month.

The Department of Health and Human Services and the Centers for Disease Control and Prevention will recommend whether to extend the border policy. But Morgan said the agencies should consider longer-term changes to many aspects of life in the US. He noted the way that airlines are trying to maintain social distancing by keeping seats open and sports teams are considering holding games without fans in attendance.

“If we are having those discussions I hope we are going to have the same discussions about border security with respect to infectious disease and what that should look like after COVID-19,” he said.

Authorities have so far apprehended two people with confirmed cases of the virus at the border, he said.

The first person, from India, was apprehended near Calexico, California, on April 23 and was showing signs of illness. The second was a man from Mexico who was detained this week as he tried to enter the US to seek medical attention.

Morgan said the Mexican man was sent back over the border and the Indian was turned over to the custody of Immigration and Customs Enforcement.

Doctors Without Borders criticized the US this week for expelling migrants, including asylum-seekers, to Mexico when that country has no reliable system to ensure quarantines or isolation for deported people.

The total number of migrants attempting to enter the US without legal authorization in the month of April was about 16,700, down about 50 percent from March and 88 percent from a year earlier.

The monthly tally was the lowest since April 2017, when authorities arrested or stopped 15,798 people on at the Mexican border. Illegal crossings plummeted to the lowest level in decades during Trump’s first months in office as smugglers and migrants waited to see if the new president’s actions matched his fiery campaign rhetoric, sometimes called the “Trump effect.”